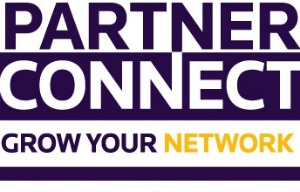 Josh Lerner, Jacob H. Schiff Professor of Investment Banking at Harvard Business School, was quick to admit it on the first day of Thomson Reuters’ PartnerConnect: private equity “has a perception problem.”

Now  the issue is how to deal with it. Steve Judge, president and CEO of the Private Equity Growth Capital Council, said the asset class should point toward examples of job creation and returns to limited partners. What he did not point out is that these same LPs, often state pensions with retirees dependent upon them, would also suffer in the event of a carried interest tax increase. But carried interest taxation is only one of a list of pop-culture hot button issues PE pros now confront.

Private equity has—in conjunction with its Capitol Hill and campaign trail bashings—to also contend with the industry’s reputation for being job-killers. Some PE firms have gone to great lengths to disprove this; Kenneth Mehlman, a member and head of global public affairs with KKR, noted at PartnerConnect that many of the portfolio companies from which PE firms cut jobs are already reducing staff prior to the sponsor’s arrival. But job growth figures created after private equity investments remain murky at best.

Jane Rowe, senior vice president of Teachers’ Private Capital, the investment arm of the Ontario Teachers’ Pension Plan, acknowledged it openly: “Yes, when we go in, there may initially be some layoffs.”

Then again, Rowe gets to go back to Canada when the event concludes.

Short of finding a border to escape across, PE firms in the US will continue to face a litany of criticisms (at the very least) and challenges (in the form of a potential tax increase) in the immediate term, especially in the ongoing election cycle. One item with bipartisan appeal that private equity professionals increasingly tackle is protecting the environment—and how to maximize returns at portfolio companies simultaneously. KKR, for example, has realized more than $300 million from environmentally conscious management of things like fleet management and corrugated cardboard.

“We’re not doing this for charity,” said Mehlman. “That’s $365 million for our limited partners… Our job is to return money to you, the investors.”