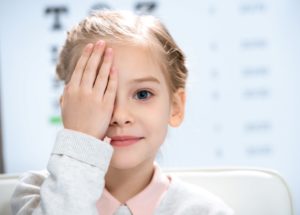 The Zug, Switzerland, firm said Monday it agreed to acquire ECP from FFL Partners, assuming majority ownership of the largest US provider of both optometry and ophthalmology services.

Led by CEO Kelly McCrann, ECP’s management team and physician partners will continue to maintain a substantial equity stake, with a deal expected to close in the first quarter of 2020, the announcement said.

The acquisition follows a PE Hub report in early December naming Partners Group as a contender in the Moelis-run auction for FFL-backed ECP.

Other participants in the sales process included a buyout group including GI Partners and Thomas H. Lee, in addition to TPG, KKR and Ontario Teachers’ Pension Plan, sources said at the time.

At approximately $2.2 billion, the pending transaction implies an EV-to-Ebitda multiple of about 16x, based upon ECP’s approximately $135 million of adjusted Ebitda, as previously reported by PE Hub.

Partners Group signed a transaction ahead of the process’s anticipated conclusion, two sources said, while a third said there was another close contender down to the wire.

ECP, of St. Louis, Missouri, employs more than 500 optometrists and 85 ophthalmologists, with more than 4,400 clinical staff. The eye-care platform consists of both independent optometry clinics, which offer prescription glasses, frames, contact lenses and eye exams, as well as ophthalmology practices, which concentrate on medical and surgical eye care through the diagnosis and treatment of various eye diseases and conditions.

Under FFL’s ownership, the company saw its revenue grow in less than five years at a compounded growth rate of 65 percent, expanding its geographic footprint from 63 to more than 450 locations across 13 states. Over 60 strategic acquisitions were made during FFL’s ownership, the San Francisco firm said.

Partners Group declined to comment on financial aspects of the deal; however, Piotr Bieżychudek, senior investment leader within its Private Equity Directs Americas platform, said the firm began diving into the medically-focused eye-care subsector about two years ago, ultimately zeroing in on ECP around the end of 2018 ahead of a formal process.

“Ultimately we think this model is better for patients, payers and providers,” Bieżychudek said.

For patients, an integrated model offers a means to access a one-stop shop for all eye-care medical needs, along with an improved experience from a scheduling, billing and coordination perspective, he said.

A built-in referral system between ECP’s optometrists and ophthalmologists helps providers maximize care, outcomes and efficiency, while a single source of medical records and data minimizes unnecessary replicable exams and leads to a lower-cost model preferred by payers, Bieżychudek said.

M&A has been a critical source of growth and will be going forward, with a continued opportunity to acquire small- and mid-sized practices in addition to organic growth efforts, added Todd Miller, managing director and co-head of Private Equity Directs at Partners Group.

Organic growth initiatives cited in the firm’s announcement included recruitment of ophthalmologists and optometrists, investment in clinical technologies, among other things.

For Partners Group, the investment is consistent with recent investment efforts in multi-site healthcare businesses.

In May, the firm invested in Confluent Health, a Louisville, Kentucky, provider of outpatient physical and occupational therapy services.

Update: This story has been updated to clarify Todd Miller’s title at Partners Group.