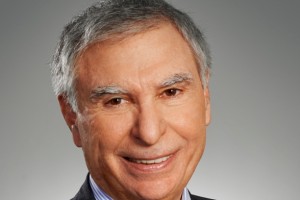 Partners Group Private Equity Fund topped $1.5 billion in assets under management in the past year as the largest in a growing class of funds reaching out to qualified individuals and smaller institutional LPs.

After Partners Group, CPG Carlyle Fund from Central Park Group and Carlyle Group is No. 2 in managed assets with $820 million as of December 31.

That’s followed by $109 million for Altegris KKR Commitments Fund from Altegris and Kohlberg Kravis Roberts & Co; $54.5 million for Pomona Investment Fund from Pomona Capital and Voya Investment Management; and $40.8 million for AMG Pantheon Fund from Pantheon and Affiliated Managers Group Inc, according to filings and other disclosures. (See: Funds Aimed at Smaller Investors Getting Larger)

The funds allocate dollars into direct private investments and secondary and primary fund stakes. And instead of minimum investments in the seven- to eight-figure range for PE funds, investors here may put in as little as $25,000.

At the same time, investors who want into these funds usually must hold at least $1 million of investable assets outside the value of a primary residence.

Wealth managers said many investors are reluctant to put money into pools that are less liquid than traditional stocks and bonds. While most of these funds provide at least partial liquidation after the first two years of their lives, the time frame is still a tough nut for some investors.

“This should be viewed as an illiquid investment,” said Jack Rivkin, chief executive of Altegris, which launched Altegris KKR Commitments Fund last year. “One has to be clear about their liquidity needs. That’s a hard message to get across to investors. We spend an enormous amount of time on it.”

Investors should expect to keep their money in for at least five years, he said.

The prospectuses for these funds also include plenty of risk factors. For example, Altegris KKR Commitments Fund said it may face concentration risk because it’s putting a substantial portion of its funds into one manager, KKR.

It also points out that the fund’s portfolio may be subject to greater risk and volatility than investments in securities of a broad range of issuers would face.

“The fund should be considered a speculative investment and entails substantial risks, and a prospective investor should invest in the fund only if it can sustain a complete loss of its investment,” according to the risk section of Altegris KKR Commitments Fund.

To sweeten the deal for investors, most of the funds offer more compelling fee structures than traditional feeder funds, used for decades to gather investments in private equity funds.

Partners Group Private Equity Fund charges a 1.25 percent management fee and a 10 percent performance fee, according to its prospectus.

Feeder-fund investors pay fees on committed capital plus the cost of the structure of the fund itself. By contrast, Partners Group Private Equity Fund fees are based not on commitments but on net asset value, according to people in the industry.

Meanwhile, funds-of-funds, another option for smaller investors in PE, charge a double layer of fees: for the manager of the pool as well as the underlying fund stakes.

Partners Group, for example, had invested about 46 percent of its assets under management into direct investments as of December 31.

Among those, the fund took part in the Partners Group buyout of MultiPlan Inc with Starr Investment Holdings for $4.4 billion in 2014, according to a source. Hellman & Friedman LLC on May 5 set plans to buy MultiPlan for $7.5 billion.

The fund has drawn inflows from individuals, through a network of registered investment advisers and wealth-management firms, as well as from a variety of institutions, said Robert Collins, managing director at Partners Group.

“We see this sector growing not only our fund, but our peers will gain some traction,” Collins said. “The space makes sense — if you can put the right portfolio together.”

Along with Partners Group Private Equity fund, the Zug, Switzerland, firm manages $50 billion in assets for more than 850 institutional investors.

In March, it closed its latest secondary fund, Partners Group Secondary 2015, at its hard cap of 2.5 billion euros ($2.82 billion). It’s also introducing a defined-contribution fund designed to be incorporated into structures such as target date funds for 401(k) plans.

Origin of the fund

Partners Group Private Equity came about, Collins said, partly because of the role of an LP, Filament LLC, a Seattle multifamily office with about $1.5 billion in assets.

Phillip Vitale, chief investment officer of Filament, said that during some PE due diligence in 2007, the firm came across a publicly traded European fund with exposure to private equity that Partners Group had launched.

“The light bulb went on and we thought, ‘If these guys have a closed-end mutual fund in Europe with private equity interests, maybe there’s something that could be done in the U.S.,’” he said.

“Partners Group was in a unique position to launch this fund concept when they did. They had a unique relative value investing discipline, broad private equity and secondary markets expertise, legal and regulatory experience in structuring creative alternative vehicles.”

Filament had asked the firm “to solve all of the age-old impediments” facing smaller institutions and private clients, including high minimum investments, a lack of liquidity, the overall operational complexity of capital calls and distributions, and the challenge in getting invested, Collins said.

Filament then came in as an anchor investor in Partners Group Private Equity fund when it launched in 2009. The fund provided a different J-curve and flexibility for larger clients already investing in GP funds, Vitale said.

Unlike a private equity fund that calls capital over time, “you can put $2 million into it today and you’re buying into a working portfolio with diversification,” Vitale said.

The fund allows as much as 5 percent of its total assets to be divested in a quarter, which helps investors manage their liquidity in a different way from a traditional fund, he said.

Overall, Vitale said he sees a need for more funds of this type and even the possibility of new trading platforms set up to buy and sell interests in funds, he said.

“It’s a growing space and people continue to develop and innovate,” he said. “We look forward to finding additional options for our clients.”

Private equity generally has outperformed public equities by about 4 percentage points over the past 32 years, net of fees, according to industry estimates.

So far, Altegris KKR Commitments Fund is exceeding that premium. Since August 2015, when the fund kicked off, through the end of February, it was up 1.5 percent compared with a negative 6.9 percent return for the S&P 500, according to filings.

Along with performance, 1099 income reporting that the funds provide marks a distinguishing feature compared with K-1 income statements, which typically add to accounting costs.

Altegris KKR Commitments Fund allocated at least 80 percent of its assets to PE investments of any type, sponsored or advised by KKR or an affiliate.

“We’re the decision makers on what goes into this fund,” Rivkin said. “We have access to whatever KKR is doing. They view us as one of their lead LPs.”

In the future: Asian ideas

Looking ahead, Altegris KKR continues to work to provide diverse exposure to private equity, with some possible tweaks based on geography. Rivkin said he’s studying investment opportunities in Asia, since only about 0.1 percent of the fund is invested there.

Rivkin expects the fund to reach a minimum of $500 million in the next three to four years.

“We’re a diversified PE investment — for a smaller amount of money than it would require one to get diversification from traditional ways,” Rivkin said.

“Being able to provide an investment that institutions put a significant amount of money into — we’re able to provide that to a broader segment of the investing audience.”

Photo of Jack Rivkin, CEO of Altegris, courtesy of the firm