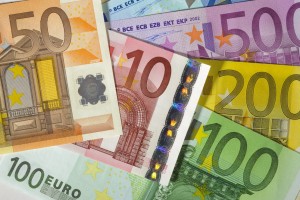 Partners Group AG plans to use its new €375 million ($483.7 million) credit vehicle to fill a gap in leveraged lending, and in its investors’ portfolios, sister publication Buyouts reported. But it doesn’t plan to take advantage of financial distress in European markets.

The Swiss firm plans to focus primarily on providing senior debt financing to portfolio companies of the 500 funds it has backed, René Biner, a partner at Partners Group and head of its private finance arm, told Buyouts. “We’re not looking for distress situations. We are a buy and hold lender, looking for win-win situations.”

The fund, Partners Group Private Markets Credit Strategies 2012, typically will put €20 million to €100 million into a financing, and will participate in syndicates for larger loans, Biner said, describing target borrowers as “boring buyouts,” companies that performed well during the financial crisis and since.

“We’re not looking for companies growing 20 percent year over year, but more steady-Eddie three percent to five percent growth companies,” Biner said. The fund should be halfway invested by the end of this year and fully invested by mid-2013. Attractive targets include education, health care, services and software companies with recurring revenues, he said; less attractive are automotive companies or specialty chemicals. The firm would be cautious on highly cyclical industries such as retail, except for top performers.

The firm expects 60 percent of the capital to be invested in Europe, with the remaining 40 percent invested in the United States and some in the Asia Pacific region, Biner said. “We assume Europe will muddle through with low growth.”

The larger concern is the sovereign debt crisis that continues to threaten the euro zone and new regulations, such as the Basel III banking rules that could constrict bank lending for LBO deals in the future, he said. Buyout fund managers have $400 billion of dry powder that will need to be invested in the next two or three years, requiring $500 billion of credit to finance those equity commitments, he said. “There will be substantial demand for debt in the market.”

But banks today are less willing to provide deal financing, Biner said. A year ago, one or two banks could underwrite a €1 billion financing package, but a comparable deal could take six to 12 banks today.

At the same time, interest rates globally remain at historic lows, putting financial pressure on the insurance companies and credit funds that anchored the new credit fund, he said. “Institutional investors are increasingly frustrated and desperate in their search [for] yield.” LPs also liked the fund’s relatively short maturity—five years to wrap up the fund and return money, compared with the 10-year terms that are typical of equity buyout funds.

And the floating-rate nature of the portfolio should provide investors with some protection against rising interest rates and increasing inflation, he said. “I don’t see rates rising for the next one to two years. Beyond that, though we don’t have a crystal ball, there is a lot of currency being printed. Ultimately it is our scenario that governments will inflate away their debt over time. Inflation is something that over the mid to long term should be in all our minds.”