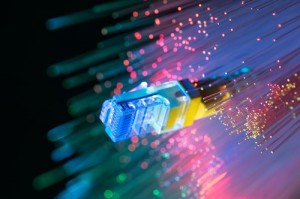 Swiss private equity firm Partners Group has agreed to buy all of the outstanding common shares of Axia NetMedia Corp (TSX: AXX), a Canadian operator and seller of services over fibre optic infrastructure. Partners Group has agreed to pay $4.25 per share for the company, which reflects a total equity value of $272 million. The board of directors of Calgary-based Axia has recommended the offer to shareholders, who will vote on it at a special meeting expected to be held in May. With the acquisition’s close, Partners Group said it will work with Axia’s existing management on “an ambitious growth plan” and provide the capital needed to help it “become a world-class communication network operator.”

Partners Group Agrees to Acquire Axia for $4.25 per Share in Going Private Transaction

CALGARY, March 9, 2016 /CNW/ – Axia NetMedia Corporation (“Axia”) (TSX: AXX) announced today that it has entered into an arrangement agreement (the “Arrangement Agreement”) under which Partners Group, on behalf of its clients (“Partners Group”) has agreed to indirectly acquire all of the outstanding common shares of Axia (the “Shares”) for a cash payment of $4.25 per Share (the “Arrangement”), representing total equity value, on a fully diluted basis, of approximately $272 million.

“We have gone through an exhaustive process aimed at enabling the company to realize the full potential of our businesses in North America and France” said Art Price, Chairman and CEO of Axia. “I am extremely proud of what Axia has accomplished and believe that this agreement with Partners Group offers current shareholders a compelling premium and provides Axia the opportunity to more effectively pursue our long-term investment and growth strategy, continue to provide compelling services to our customers and further enhance our strategic position.”

Following the closing of the Arrangement, Axia will continue to be run by its current management team led by Mr. Art Price. Partners Group will work with the management teams of Axia and Covage to carry out an ambitious growth plan for each company. Brandon Prater, Partner, Co-Head Private Infrastructure, comments: “Axia NetMedia provides the 21st century communication infrastructure available in urban centers to rural communities. The Company has built great fiber networks under the expertise of its management team, led by Arthur Price. We are confident that Partners Group’s experience in the communications sector, coupled with our global platform, represent an excellent match for Axia’s growth strategy and will help the Company to continue its development going forward. Our plan is to provide Axia with the expansion capital it needs and access to our platform to become a world-class communication network operator.”

Details of the Arrangement

In connection with the Arrangement, Oppenheimer & Co. Inc. (“Oppenheimer”), Axia’s financial advisor, delivered an opinion, dated March 8, 2016, to the Special Committee and the Board as to the fairness, from a financial point of view and as of such date, of the consideration to be received by the holders of Axia common shares pursuant to the Arrangement Agreement. The full text of Oppenheimer’s written opinion, dated March 8, 2016, which describes the assumptions made, procedures followed, matters considered and limitations and qualifications on the review undertaken, will be included in Axia’s management information circular.

Under the terms of the Arrangement Agreement, the Arrangement is also subject to the final approval of the Court of Queen’s Bench of Alberta following the Meeting, the completion of applicable regulatory reviews and the satisfaction of certain closing conditions customary in transactions of this nature, including the absence of material adverse changes in the business and affairs of Axia. The Arrangement is not conditional on Partners Group obtaining financing.

The Arrangement Agreement contains customary non-solicitation provisions which restrict Axia from soliciting or entertaining any third party acquisition proposals, subject to customary “fiduciary out” provisions that entitle Axia to consider and accept a superior proposal subject to a matching right in favour of Partners Group. If the Arrangement Agreement is terminated in certain circumstances, including if Axia enters into an agreement with respect to a superior proposal or if the Board withdraws its recommendation with respect to the Arrangement, Partners Group is entitled to a termination payment of $15 million.

Axia’s directors and senior officers and a significant shareholder of Axia holding, in aggregate, approximately 22% of the outstanding Shares have entered into voting agreements which provide that they will vote the Shares held by them in favour of the resolution authorizing the Arrangement. As part of the transaction, certain members of senior management intend to reinvest a portion of the proceeds of the sale of their Shares into equity in the entity that will be indirectly acquiring Axia.

Axia has agreed that it will not pay any dividends prior to the date of the completion of the Arrangement. Accordingly, Axia will not make a first quarter dividend payment that would otherwise have been payable in April. In addition, Axia has agreed to suspend its automatic normal course issuer bid as soon as it is permitted to do so.

A copy of the Arrangement Agreement will be available on Axia’s website at www.axiafibrenet.com and on SEDAR at www.sedar.com.

In respect of the forward-looking statements and information concerning the anticipated benefits and completion of the proposed Arrangement and the anticipated timing for completion of the Arrangement, the parties have provided such information in reliance on certain assumptions that they believe are reasonable at this time, including assumptions as to the time required to prepare and mail Meeting materials; the ability of the parties to receive, in a timely manner and on satisfactory terms, the necessary regulatory, court, Shareholder, stock exchange and other third party approvals; the ability of the parties to satisfy, in a timely manner, the other conditions to the closing of the Arrangement; and other expectations and assumptions concerning the Arrangement. The anticipated dates provided may change for a number of reasons, including unforeseen delays in preparing Meeting materials, the inability to secure necessary Shareholder, regulatory, court or other third party approvals in the time assumed or the need for additional time to satisfy the other conditions to the completion of the Arrangement. Accordingly, readers should not place undue reliance on the forward-looking statements and information contained in this press release.

Since forward-looking statements and information address future events and conditions, by their very nature they involve inherent risks and uncertainties. Actual results could differ materially from those currently anticipated due to a number of factors and risks. Risks and uncertainties inherent in the nature of the transaction include the failure of Axia to obtain necessary Shareholder, regulatory, court and other third party approvals, including those noted above, or to otherwise satisfy the conditions to the completion of the Arrangement, in a timely manner, or at all. Failure to so obtain such approvals, or the failure of the parties to otherwise satisfy the conditions to or complete the Arrangement, may result in the Arrangement not being completed on the proposed terms, or at all. In addition, if the Arrangement is not completed, and Axia continues as an independent entity, there are risks that the announcement of the Arrangement and the dedication of substantial resources of Axia to the completion of the transaction could have an impact on Axia’s current business relationships (including with future and prospective employees, customers, distributors, suppliers and partners) and could have a material adverse effect on the current and future operations, financial condition and prospects of Axia. Furthermore, the failure of Axia to comply with the terms of the Arrangement Agreement may result in Axia being required to pay a fee to Partners Group, the result of which could have a material adverse effect on Axia’s financial position and results of operations and its ability to fund growth prospects and current operations.

Readers are cautioned that the foregoing list of factors is not exhaustive. Additional information on other factors that could affect the operations or financial results of Axia are included in reports on file with applicable securities regulatory authorities. The forward-looking statements and information contained in this press release are made as of the date hereof and the parties undertake no obligation to update publicly or revise any forward-looking statements or information, whether as a result of new information, future events or otherwise, unless so required by applicable securities laws.

This release does not constitute an offer to purchase or a solicitation of an offer to sell securities. Shareholders are advised to review any documents that may be filed with securities regulatory authorities and any subsequent announcements because they will contain important information regarding the Arrangement and the terms and conditions thereof.