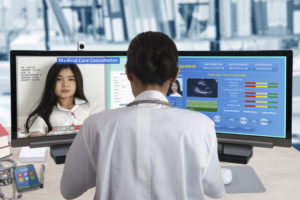 GPs at Sterling Partners have invested out of their personal wallets for the eighth time, backing Datacubed Health, a data capturing platform assessing patients participating in clinical trials.

The proprietary deal, which closed on Sept. 2, was introduced to partners at the firm in May by a former investment banker who manages the Glimcher family’s portfolio of investments. Paul Glimcher, chairman & chief scientific officer at Datacubed, and his family, first invested in Datacubed three years ago.

With the new investment, Datacubed has now raised nearly $30 million combined from its founders, angel investors and Sterling.

“The family felt they needed professional capital,” said Steven Taslitz, co-founder and chairman of Sterling Partners, speaking from his home in Chicago after spending months with his family in California. The former banker will invest in this round alongside Taslitz and other members of Sterling Partners.

“I met the founder and family [the Glimchers] in the Hamptons; we had a socially distant brunch one day,” he added.

For Taslitz, this marks his first-ever deal close without a visit to company headquarters. “We just had Zoom call after Zoom call,” Taslitz said. After meeting, the partners of Sterling signed the letter of intent in July.

Datacubed, the brainchild of neuroscientist Glimcher, started as an offshoot of the Human Project, a big data study encompassing 10,000 New Yorkers who open up about their life over the span of 20 years. Founded in 2016, the SaaS business allows researchers to set up studies, collect data on participants and incentivizes patients in a bid to keep them engaged.

“It’s very cumbersome trying to get a drug approved,” Taslitz said. “We don’t want a good drug not to go through because people can’t be retained [in trials].”

The partners were attracted to Datacubed’s underlying behavioral science technology, which increases patient retention – an important factor as drugs in development look to achieve approval for commercialization.

“It uses gamification technology; you are given an avatar and it’s like going through the experience together,” Taslitz said, explaining that the technology will also help Sterling portfolio companies retain and engage their customers better.

Looking ahead, the partners plan to double down on sales and marketing efforts.

The $30 million equity investment will support new personnel hires in accounting, finance, sales and marketing – departments which haven’t been a big priority for the company, according to Taslitz.

Datacubed, which serves pharmaceutical companies, quadrupled its revenue this year partly due to covid-19 pushing virtual clinical trials. “We are probably going to invest more; my partners and I have significant reserves,” Taslitz said.

Correction: This report has been updated to reflect that Datacubed has now raised nearly $30 million to date. A previous version implied that the investment from Sterling members was $30 million.