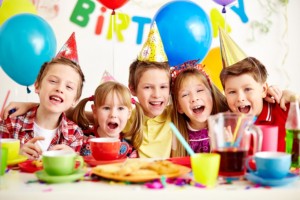 Thomas H. Lee is getting some of its money back from Party City, a year after buying the party supply retailer for $2.69 billion.

Party City is paying out a $291 million dividend to shareholders, according to a report from Moody’s Investors Service. PC NextCo Holdings, Party City’s newly formed parent company, and PC Nextco Finance, are issuing $350 million in senior PIK toggle notes to fund the payout, according to a company statement.

In July 2012, THL acquired a majority stake in Party City. The PE firm invested $584 million equity, peHUB reported. THL currently owns 69.44% of Party City, while Advent has about 24%, according to an SEC filing. THL will likely receive about $202 million from the dividend, while Advent could get about $70 million. With the $202 million distribution, THL stands to get back about 34% of its investment in less than year.

Moody’s says the dividend, if it closes, will “significantly increase” Party City’s leverage. “Moody’s anticipates that pro forma lease adjusted debt to EBITDA will increase to around 8.0 times for the twelve month period ended March 31, 2013 before considering pro forma synergies from recent acquisitions and other cost savings initiatives,” the report says.

The dividend comes as THL has yet to begin raising its next fund. THL closed its sixth buyout fund at $8.1 billion, plus another $2 billion for co-investment vehicles, in 2007. THL has succeeded in securing an extension on the investment period for Fund VI and has until mid-2014 to invest the pool, sources say. Thomas H. Lee Equity Partners VI L.P. is generating a 3.2% net IRR, according to Dec. 31 data from CalPERS.