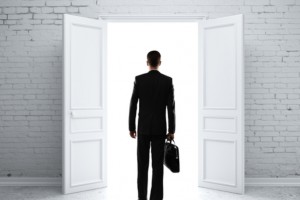 Cheryl Maliwanag, a 16-year veteran at Pathway Capital Management, is no longer with the firm, according to a source familiar with Maliwanag, as well as a public document from the Alaska Retirement Management Board.

It’s not clear when Maliwanag, who was a director at the firm, left Pathway. The firm did not return multiple calls for comment. Maliwanag could not be reached for comment. She is no longer listed on Pathway’s website.

The public documents from Alaska include a memo from Pathway to an investment officer at the pension system disclosing the information about Maliwanag.

The letter also states that Maliwanag, in connection with her “transition” out of Pathway, has filed a claim against Pathway “regarding certain elements of her contractual departure package,” Chambliss wrote in the letter, dated Nov. 13, 2013. Information about the claim was not available as of press time.

Maliwanag joined Pathway in 1997, according to a bio on her LinkedIn account. The bio said she led due diligence on investment opportunities and monitored existing fund investments for the firm. She also assisted in client servicing and fund development, according to the bio.

Chambliss, in his letter, described Maliwanag’s role as primarily involving “the marketing group at Pathway.” Chambliss said her responsibilities will be assumed by other members of the marketing team and “her departure will not have any negative impact on Pathway or its business.

Prior to Pathway, Maliwanag worked at BankAmerica Ventures, and before that she was a certified public accountant. Maliwanag also serves on the board of directors of the Girl Scout Council of Orange County, according to her LinkedIn.

Pathway, formed in 1991, is a private equity fund of funds with more than $25 billion in assets under management.

The firm has been out raising Pathway Private Equity Fund Investors 7, targeting between $275 million and $325 million, according to public documents from the Contra Costa County Employees’ Retirement Association. A Form D filing with the U.S. Securities and Exchange Commission from February showed the fund had raised $172 million on a $300 million target.