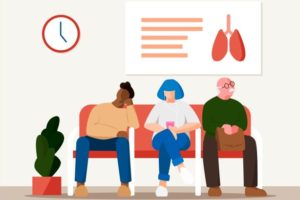 L Catterton-backed PatientPoint has joined forces with Littlejohn & Co’s Outcome Health, valuing the combined point-of-care healthcare advertising and education company well in excess of $1 billion, according to sources with knowledge of the deal.

The merger of the two industry competitors will form PatientPoint Health Technologies and will operate under the PatientPoint brand, a Tuesday announcement said.

The combined company is projecting $60 million of EBITDA this year and nearly $200 million of revenue, the people said.

PatientPoint will remain majority owned by a group of investors including L Catterton and Littlejohn, both of which are based in Greenwich, Connecticut, although the exact ownership structure is unclear.

While L Catterton’s investment in PatientPoint dates to 2007, Searchlight Capital Partners and Silver Point Capital in June 2017 joined as investors – injecting an additional $140 million in the company. The Silver Point investment valued PatientPoint at roughly $500 million, Reuters reported at the time.

Outcome Health, for its part, completed a recapitalization in October 2019, through which LittleJohn took a majority stake.

The effectiveness of its advertising campaigns are shown through third-party reports that measure changes in prescription levels in settings utilizing its digital screens. The idea is also compelling to doctors, in that patients have the chance to be better informed about diseases and treatments while their perceived waiting time also is minimized.

The marriage of the two industry giants may very well spur a wave of consolidation in the point-of-care healthcare industry, which after PatientPoint and Outcome remains highly fragmented, one source noted.

While no advisers were engaged on the merger, L Catterton’s PatientPoint previously sought a sale of the business in 2019 via William Blair, with PJ Solomon retained for additional advice, PE Hub previously wrote. The company fielded bids from a broad range of financial and strategic bidders over a several-month period, sources previously said, and even entered into conversations with a SPAC in late 2019, PE Hub wrote.

Meanwhile, Outcome Health – a promising startup that only a few years ago reported a $5.5 billion valuation – has been working to recover from its troubled past.

The company in late 2019 agreed to make a $70 million payment to the Justice Department to resolve allegations of fraudulent behavior.

The allegations came just months after a May 2017 funding round from investors including Alphabet’s growth-equity fund, Pritzker Group and Goldman Sachs. The investor group injected nearly $500 million in the Chicago startup formerly known as ContextMedia.

L Catterton and Littlejohn declined to comment, while PatientPoint and Outcome Health did not return PE Hub‘s requests for comment.