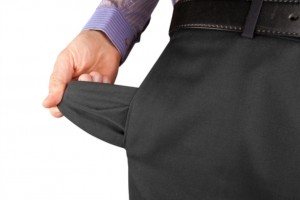 Secondary private equity firm Paul Capital defended its decision to collect fees on several investment vehicles, including its most recent Fund X, even while winding down the organization.

Some have criticized the move, saying Paul Capital should forego or at least reduce management fees, as it needs less capital to support shrinking resources, including fewer offices and a team that will get smaller as assets are sold off. Fortune’s Dan Primack last week wrote that Paul Capital “should be ashamed of itself.”

“Basically, all they have to do is sit there and do nothing,” one person familiar with the firm told me. “Other than the occasional problem in a fund, you don’t get that involved. There’s another manager in place.”

However, Paul Capital Partner David de Weese said the firm is doing what is best for its LPs and is focused on “maximizing the value of investor funds.”

“Fees are not the issue, since most of the funds are well beyond significant fees,” said de Weese, who has been with Paul Capital since 1995. “As to the number of staff, our intention is to staff appropriate to the requirement of the assets and our LPs. Over the next four to six years, as assets are realized and funds are closed, staffing may well decline, but that will be natural attrition.”

De Weese said Paul has 29 employees, including seven partners. Those partners are de Weese, Brian Sullivan, Dan Mulderry, Phil Jensen, Guy Rico, Elaine Small and Simon Guenzl. The general partners (primarily the aforementioned partners) have about $20 million of their own capital tied up in Paul Capital funds, so they “are well aligned with the LPs in seeking to maximize asset value,” de Weese said.

He added that some of Paul Capital’s deals require more attention than standard transactions in which secondary firms buy LP stakes. “Some of them don’t require a lot of attention, but some do,” de Weese said. “We did a lot of deals that were not buying LP interests … fund restructurings [that required] hands-on work that is substantial … [and] that’s an ongoing requirement.”

Paul Capital, founded in 1991, recently announced that it would wind down after failing to find a buyer after almost a year in the market. It had been in talks with Hamilton Lane, but those talks broke down. Other potentially interested buyers included Goldman Sachs and Capital Dynamics, sources told peHUB.

The firm began exploring a sale after it became clear it would not be able to reach the $2 billion target for its 10th fund. “I think we started [fundraising] at the wrong time,” de Weese said. “If we started now, at 18 months, we would have been fine. When we came to market [in 2012] things were still tough, a couple of our LPs were changing strategy pretty dramatically and decided not to put money into secondary funds.”

As part of winding down, Paul Capital canceled remaining commitments for Fund X, which raised about $145 million. The firm also raised capital for a separate account that was contingent on the firm raising capital from a similar institution, which was lined up, de Weese said.

Fund X made some investments and called some capital. Limited partners in the tenth fund will pay management fees on the called capital, de Weese confirmed. Those LPs include the New Hampshire Retirement System, which had total assets of about $6.43 billion as of June 30, 2012. New Hampshire is paying fees on about $10 million of called capital on a $50 million commitment to Paul Capital Fund X.

New Hampshire was one of the largest (if not the largest) investor in the core Fund X. A spokesperson for the pension fund said the “investment” is “already profitable,” but declined to provide further details. Emails to various members of the pension fund board went unanswered.