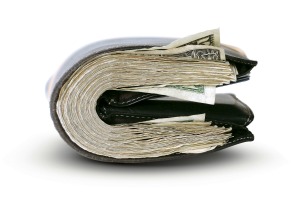 The payments industry manages almost $5.5 trillion in the US every year, and about $13 trillion worldwide. It is the home of some of the world biggest brand names and most popular balance sheets, like Visa, MasterCard, First Data, Fiserv, Bank of America, Chase, Capital One, and many others. The problem is that the ground is starting to shift under these industries. When it stops, the shift will leave a different ecosystem, or multiple ecosystems, in its wake.

Like any other massive shift, predicting it is hard to do. If you figure out the magic formulas in your predictive model, congratulations – you make a lot of money. If you can’t, then you hedge furiously until you are sure at least some of stockpiles and assets will survive the worst.

The pressure on the payments ecosystem is coming from three of the oldest sources: regulatory, technology, and market.

From a regulatory standpoint, CARD Act, the Durbin amendment, and other legislation–as predicted–constraining some of the revenue models on the issuing–side of the ecosystem, although the merchants and consumers have not experienced the cost relief as expected due to the usual regulatory loopholes. So, it sounds to close these loopholes will manifest themselves in the form of new bills and legislation from the Hill.

From a technology perspective, the alphabet soup includes EMV, TSM, NFC, QR Codes, and the ever-present app. Unlike other technological innovations, this stuff is not just ‘cool’ new gizmos. EMV is a security protocol used in the EU and Canada, which makes it nearly impossible (or prohibitively expensive) to create a fake credit card.

TSM is an interesting technology that includes a piece of hardware on your mobile phone. In short, it is the reason that cloning cell phones is virtually a thing of the past. Did you have a cell phone in the 1980s? If you did, you probably checked your service bill very closely every month because it was relatively easy to make the phone charges of one cell phone show up on the bill of someone else’s cell phone. But, that does not happen very much anymore, and you probably just pay the total amount of your cell phone bill without looking a 2nd thought. The technology behind TSM will allow for the same level of comfort among consumers–and security is always the biggest concern of customers considering using a mobile phone as a payment device.

NFC is the most hotly contested technology of them all; it elegantly allows the POS device at the checkout counter of your retail store to “talk” to your mobile phone. That is important because many of these products, services, and protocols require any “back and forth” dialogue between the 2 computers. NFC is not the only way to do that, but it is the most convenient because it does not require a pairing process (like Bluetooth), nor does it require that your phone is on the same Internet network as the POS device (like Wi-Fi).

What is most interesting about all of this technology is that big business is reacting. EMV technology has reduced liability for Visa and it’s bank partners to such a high degree that Visa is mandating this technology for all US merchants effective 2015. TSM is being deployed, too: the 800 pound gorilla of the payments industry–First Data (an affiliate of KKR) recently created a new division to provide the TSM functionality in the United States, competing with slightly less known companies like Gemalto. And, NFC is every new POS device: In 2010, Verifone quietly announced that all of its new devices would be shipped with an NFC chip, and software that can be easily updated remotely. Its biggest competitor, (Ingenico) followed suit. Combined, these two companies account for 74% of all new POS sales in the US, and the average merchant upgrades every 5 or 6 years. And smartphones are getting NFC, too. Late last year, Isis announced that it convinced most major handset manufactures (except apple) to agree to ship all of their smartphones with an NFC chip. Do the math; penetration is growing, even if no one is using it yet.

While regulatory pressures and new technology may be enough to shift the ground under the payments industry, the industry would continue to cope as it has for all 50 years. Remember when the advent of the telephone modem was going to forever reduce the cost of processing a credit card? It didn’t. Interchange rates and processing fees remain roughly where they have been for decades. And when people said e-commerce was going to fundamentally change the way payments were made? It didn’t. We still use our credit cards for about 63% of every transaction in United States with cash coming in at around 22%, with checks and other forms picking up the balance.

The element that will make a 9.0 earthquake of what would otherwise be a tremor is market forces. Why? Switching will become easy, thinking will shift from your brain to your mobile device, and fraud will be much less frequent (and less costly).

PayPal, for example, just got its first national rollout at retail with its test partner, the Home Depot. Selecting it at point of sale is as easy as a touch of a button, making it effortless to use it as a payment type vs. a Visa card. Who cares? Banks do. Most transactions that occur on PayPal do not generate any revenue for Visa, MasterCard, First Data, or banks.

The Google Wallet and Isis have built products that conveniently support the existing payments infrastructure, which is good news for now. But, these models will also support alternate payment systems such as PayPal, ACH, and forms of “cloud” payments They also support the traditional loyalty programs which have been the domain of Maritz, Carlson Marketing, Affinion (all privately held), but will easily be able to price these companies out of the market as adoption grows. New entrants like Peanut Labs, Tapjoy and others will find an easier entrance into the wallet market if the partner with (or are acquired by) the likes of Google and Isis.

And, that is just the tip of the iceberg. Hundreds of startups are clamoring for a market position based on private funding. Last week, peHUB reported that Boku raised $35 million from a slew of VC investors including New Enterprise Associates, Andreessen Horowitz and Benchmark Capital, as well as Telefonica SA.

Obopay, headquartered in Redwood City, California, has been raising money from the likes of AllianceBernstein, Essar Telecom, Nokia, ONSET Ventures, Qualcomm, Redpoint Ventures, Richmond Management, and Wolfensohn & Company, L.L.C. since 2005, and despite exceeding the exit horizon anticipated by its earliest investors, it still hold a market advantage that will make it a prime acquisition target over the next few years.

That, too, is just the tip of the iceberg.

So, unlike all of the other challenges that the payment industry has experienced in the last 50 years, it won’t survive this one, at least not in its present form. If you don’t believe me, stick around for my next article. It explores the unprecedented hedging on the part of the incumbents, which are acquiring and investing in a wide variety of products, services, technologies – all to insure that when the ground stops moving some of their operations will be safe. As for the rest–material for a rather sizable trash heap.

David W. Schropfer is a Partner and Head of Mobile Commerce with the internationally recognized product development and advisory firm, The Luciano Group. Opinions expressed here are entirely his own. Mr. Schropfer is the author The Smartphone Wallet, Understanding the Disruption Ahead (TLG Press, 2010) and Google Wallet and the New Retail Ecosystem (Searching Finance, 2011).