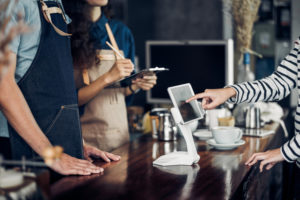 So far, 2019 is shaping up as the year insurtechs gained prominence with investors and when mergers sharply reduced the number of large payment processors.

Fintech M&A surged this year, thanks mostly to several large payment transactions. Globally, there have been 626 announced fintech deals as of Sept. 9, valued at $185.5 billion, according to data from Dealogic. This is nearly twice the value of the 899 mergers announced in 2018, totaling $97.9 billion.

Payments, one of the largest fintech sectors, more than tripled this year in terms of valuation. So far in 2019, 114 payments deals have totaled $133.9 billion, Dealogic said. That’s up from 86 transactions in 2018 that were valued at $42.2 billion.

In payments, the consolidation “just happens to be bigger with bigger moves,” said Peter Christodoulo, a partner with Francisco Partners. The emergence of companies like Adyen, Stripe and Square has put more pressure on traditional legacy players to merge, he said.

Many are wondering which company will be sold next. There just aren’t that many big players left, said Aaron Goldman, a managing director at General Atlantic and co-head of the firm’s financial services group. “We will see more consolidation but the big deals, in some ways, have been done,” he said.

All the big payments deals pose a danger for M&A. With the consolidation, the number of strategic buyers has shrunk. “The top of the food chain is pretty consolidated, at least in the U.S.,” said Matt Harris, a partner at Bain Capital Ventures. “Basically, it’s a smaller audience of acquirers.”

FIS, First Data, WorldPay, Global Payments and TSYS have each been active buyers of middle market deals. With the mergers, deals below $1 billion might not get much traction, sources said. The surviving companies are so large that middle market payments firms may have to go elsewhere, sources said.

“Let’s say you wanted to do a $700 million acquisition,” Christodoulo said. “Is that interesting to them? Does it move the needle for them anymore? Maybe, but probably only if it is super strategic.”

But Steve Pierson, a managing partner of Lovell Minnick Partners, doesn’t think the consolidation is having much of an effect on middle market payment deals. “We’re not seeing it,” he said. “There’s just as much activity and interest as before.” He pointed to Visa, which has a roughly $383 billion market cap, and Mastercard, which has a $276.6 billion market cap, which routinely do middle market or smaller transactions. Visa acquired Earthport earlier this year and scooped up Cardinal Commerce in 2016. Each are sub-$500 million deals, sources said. Mastercard in March acquired Transfast and has done other small deals, Pierson said.

There is a positive side to all the big mergers, said GA’s Goldman. “Companies will likely be looking to sell off assets, which presents opportunity for private equity firms to buy,” he said. “Two big companies smash together and there will be synergies.”

While payments were notable, 2019 may go down as the year insurtechs produced big exits. Some recent deals—iPipeline and Insurity—sold for large numbers.

Private equity firms have always been active buyers and sellers of insurance technology, several GPs said. Christodoulo pointed to Vertafore Inc, which has traded between firms. Bain Capital and Vista Equity Partners acquired Vertafore for $2.7 billion from TPG in 2016. TPG, for its part, bought the insurance software provider in 2010 from Hellman & Friedman and JMI Equity for $1.4 billion, Reuters reported.

But it was Assurance IQ, the nearly four-year old startup, that turned heads when it was sold earlier this month to Prudential Financial for $3.5 billion. Assurance had never raised outside money. The Bellevue, Washington, company is a direct-to-consumer insurtech platform that uses data science and machine learning to match customers with life, health, Medigap and auto insurance policies online.

Assurance’s sale to Prudential is the largest insurtech exit in history, according to Financial Technology Partners, which advised the company on the sale.

Lovell Minnick’s Pierson thinks the Assurance transaction is “quite meaningful” and will cause copycat deals from venture capital, private equity firms and others. “This is a game changer and people will look to go out and replicate,” he said.

Assurance, however, is a continuation of the trend where insurers buy insurtechs to gain technology. This is different from companies like Lemonade, Root Insurance and Hippo that are “trying to change the world,” Christodoulo said. These companies are using machine learning and other tech to take on insurers like Geico or State Farm, sources said. While this has “spooked the incumbents,” none have produced a big exit for investors, Bain’s Harris said.

“We do believe in insurtech,” said GA’s Goldman. Private equity, he said, has always invested in insurtechs that are developing new technologies. But insurtechs that are trying to disrupt insurance companies, or become insurers themselves, have yet to produce a strong exit, sources said. Many are too early in their development for PE, people said.

“The startup insurtechs like Lemonade, we can’t say they’ve worked where the investors have made lots of money,” a source said.

Blackstone is expected to make 2.5x its money on the less than one-year hold, people said. But the firm isn’t exiting Refinitiv. Blackstone will have, along with other investors, a roughly 37 percent economic stake of the combined LSE-Refinitiv and less than 30 percent of total voting, according to a press release.

Regardless of how well Blackstone does, the sale is expected to transform LSE into a market data and analytics behemoth.

The sale will likely heat up competition between LSE and other exchanges, including Nasdaq and the Intercontinental Exchange, as well as the Deutsche Börse, which will be looking for ways to compete. (Interestingly, LSE tried to buy Deutsche Börse in 2017 but regulators scuttled the deal). “I wouldn’t be surprised if we see them over the next year or two try to make similar moves,” a banker said.

At press time, the future of LSE’s $27 billion buy of Refinitiv was in jeopardy. The Hong Kong Exchanges and Clearing Ltd made a $39 billion proposal to buy the LSE. The bid was contingent on the LSE abandoning its $27 billion deal for Refinitiv.

This year, TA Associates scooped up Wealth Enhancement Group for 15x Ebitda, while Reverence Capital agreed to buy 75 percent of Advisor Group in a deal valued at more than $2 billion. Goldman Sachs agreed to buy United Capital Financial Partners for $750 million, or around 17x to 18x, Buyouts reported. Warburg Pincus also won the auction for Kestra Financial from Stone Point Capital in February.

“The nice thing about wealth management is that it changes but it doesn’t change that fast,” said Christodoulo. “It’s always been a great place to make an investment.”

Robo advisers were once one of the hottest segments of wealth management, but they have not experienced the same level of success as more traditional advisers. “There’s a whole lot of people who want to see robo advisers fail,” Christodoulo said. Some like Betterment and Wealthfront have accelerated recently, he said. Bain’s Harris pointed to Acorn and Stash, which serve the smaller end of the market with customers who typically have lower balances. These companies are growing very quickly, Harris said.

“There is a role for robo in wealthland in the lower end of the mass affluent [market],” said Lovell Minnick’s Pierson. “But the traditional wealth advisory business and RIAs have proven to be an exceedingly compelling area.”