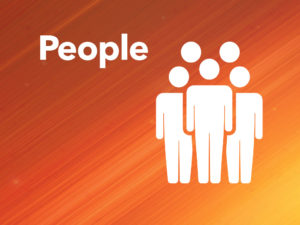 Demery joins Blaze Pizza at an exciting period of development for the rapidly growing franchise concept. Despite a year of unprecedented challenges for the restaurant industry, Blaze’s investments in operational efficiency helped the brand navigate 2020 without slowing down its aggressive growth efforts, opening 24 new restaurants nationwide by year-end. This success has fueled a surge in franchise development and positioned the company for explosive growth in 2021 and beyond.

“Investing in a strong leadership team is paramount to Blaze Pizza’s success, and our achievements over the past year are a true testament to the team of industry veterans at the helm of our brand. Providing franchisees an unparalleled level of support is a core value for our business, which is why we’ve continued to prioritize building best-in-class leadership,” said Mandy Shaw, chief executive officer and president of Blaze Pizza. “Chris brings such a unique perspective with his deep knowledge of digital, pizza and also operational off-premise expertise and he will be invaluable in contributing to the immense growth planned for Blaze. I couldn’t be more thrilled for him to join the team.”

Prior to joining Blaze, Demery most recently served as senior vice president at P.F. Chang’s, where he was responsible for developing the roadmap of its new Chang’s GO off-premise prototypes. Demery also spent six years at Bloomin’ Brands overseeing the company’s external facing technology and spearheading crucial strategic initiatives, including the development and launch of the first-ever Outback app. In addition, he also previously held the role of vice president of enterprise applications at Domino’s Pizza, where he helped the company obtain a 100% fill-rate on accurate deliveries by streamlining systemwide delivery processes.

“After having the pleasure of working with Mandy for several years at Bloomin’ Brands, I couldn’t pass up an opportunity to join her team of superb leaders at Blaze and be a part of taking this trailblazing concept to new heights,” said Demery. “Since the brand’s inception, Blaze has gained recognition as a customer-centric pizza concept that pushes the boundaries through menu innovations, off-premises capabilities and superior restaurant operations. The brand’s commitment to sustainability and quality have continually set it apart from other franchise concepts in the fast casual pizza segment, and I have no doubt that my expertise coupled with the strong foundation already in place will be a recipe for success.”

Collectively, Blaze’s leadership team has more than 75 years of experience, and represents the franchise concept’s unwavering commitment to providing best-in-class support.
With dozens of new locations under development, Blaze Pizza is in the midst of aggressive expansion. Franchise opportunities remain in markets across the U.S., including the Northeast and Texas.

ABOUT BLAZE PIZZA
Blaze Pizza is a modern day “pizza joint” serving up artisanal pizzas that are both fast and affordable. Whether ‘walking the line’ in the restaurant or ordering online, guests can customize one of the menu’s signature pizzas or create their own, choosing from a wide selection of real ingredients that are free of artificial colors, flavors, preservatives, and sweeteners. Restaurants make fresh dough from scratch using a proprietary recipe developed by Executive Chef Bradford Kent (the “Pizza Whisperer”), which requires a 24-hour fermentation period to produce his signature light-as-air, crisp crust. For pizza fans with specific dietary needs, Blaze Pizza offers gluten-free and keto crusts, plus vegan cheese and plant-based spicy chorizo.

The innovative fast-casual franchise concept has been ranked first in multiple large consumer research studies, being named pizza ‘brand of the year’ by the Harris Poll in 2018 and ‘America’s favorite pizza chain’ by Market Force Information in 2019. Previously ranked #1 ‘brand of the year’ in the Fast Casual Top 100, the fast-growing chain currently operates more than 340 restaurants in 41 states and 6 countries. The concept is backed by private equity firm Brentwood Associates and founding investors which include LeBron James, Maria Shriver, movie producer John Davis and Boston Red Sox co-owner Tom Werner. For more information or to learn more about franchise opportunities with Blaze Pizza, please visit blazepizza.com and facebook.com/blazepizza.