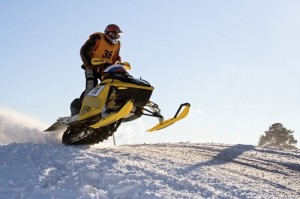 Valcourt, Québec-based Bombardier Recreational Products Inc. (BRP), which develops, manufactures and distributes power-sports vehicles, has completed its initial public offering of subordinate voting shares at a price of $21.50 per share, raising gross proceeds of around $262.3 million. The company’s subordinate voting shares are listed on the Toronto Stock Exchange under the symbol “DOO”. BRP was acquired for $960 million in 2003 by Bain Capital, the Caisse de dépôt et placement du Québec and members of the Bombardier family.

Valcourt, Québec, May 29, 2013 – BRP Inc. (“BRP” or the “Company”) announced today the closing of its initial public offering of 12,200,000 subordinate voting shares of the Company at a price of $21.50 per share resulting in gross proceeds to the Company of approximately $262,300,000. The net proceeds from the offering will be used to repay indebtedness under the Company’s term facility.

The subordinate voting shares are listed on the Toronto Stock Exchange under the symbol “DOO”.

The underwriters have also been granted an over-allotment option, exercisable within 30 days from the date hereof, to purchase up to an additional 1,830,000 subordinate voting shares from the Company at a price of $21.50 per share for additional gross proceeds of $39,345,000 if the option is exercised in full. If the over-allotment is exercised by the underwriters, the Company will use the additional net proceeds for working capital and general corporate purposes.

No securities regulatory authority has either approved or disapproved of the contents of this press release. This press release does not constitute an offer to sell or a solicitation of an offer to buy any securities of the Company in any jurisdiction in which such offer, solicitation or sale would be unlawful. These securities have not been and will not be registered under the United States Securities Act of 1933, as amended (the “U.S. Securities Act”) or any U.S. state securities laws and may not be offered or sold in the United States except in compliance with the registration requirements of the U.S. Securities Act and applicable U.S. state securities laws or pursuant to an exemption therefrom.

Sea-Doo, Ski-Doo, Spyder, Lynx, Evinrude, Can-Am, Rotax and the BRP logo are trademarks of Bombardier Recreational Products Inc. (a subsidiary of the Company) or its affiliates.

Certain statements in this press release, including statements relating to the use of proceeds of the offering, the closing date of the offering, the exercise of the over-allotment and the use of proceeds thereof constitute forward-looking statements. The words “scheduled”, “may”, “will”, “would”, “should”, “could”, “expects”, “plans”, “intends”, “trends”, “indications”, “anticipates”, “believes”, “estimates”, “predicts”, “likely” or “potential” or the negative or other variations of these words or other comparable words or phrases, are intended to identify forward-looking statements.