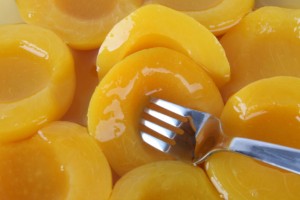 Shares in Del Monte Pacific surged 10 percent on the deal.

It said the acquisition will give it the No. 1 branded position in major canned fruit and vegetable categories in the United States as well as the opportunity to offer its some of own products to the large and fast-growing Asian and Hispanic populations there.

The deal will also allow San Francisco-based Del Monte Foods to concentrate on its pet foods unit, including the recent acquisition of Natural Balance. Del Monte Foods was acquired in 2011 by KKR & Co LP, Vestar Capital Partners and Centerview Capital in a deal valued at $5.3 billion.

With the sale of its canned food business, the company plans to change its name.

Del Monte Pacific, a company that is strong in canned pineapple and tomato sauce, has been enjoying strong growth with net profit nearly trebling over the past three years to $32.1 million in 2012.

The transaction will give it an additional net sales of more than $1.8 billion.

“This landmark transaction offers DMPL greater access to a well-established, attractive and profitable branded consumer food business in the world’s biggest market,” Del Monte Pacific’s Chairman Rolando Gapud said in a statement. Del Monte Pacific, which counts the Philippines as its largest market, is 67 percent-owned by NutriAsia Pacific Ltd (NPL). NPL is owned by the NutriAsia group, which is majority-owned by the Campos family of the Philippines.

With Thursday’s share surge, the company’s stock is up 76 percent so far this year, valuing the firm at S$1.17 billion ($936 million).

Del Monte Pacific said the deal will be largely funded through a combination of about $745 million of equity in the company’s new acquisition subsidiary, as well as long-term debt financing of about $930 million that have been committed by a syndicate of bank lenders. It also plans to issue common and preferred shares in the market.

Del Monte Pacific and its subsidiaries are not affiliated with other Del Monte companies in the world, including Fresh Del Monte Produce Inc, Del Monte Canada and Del Monte Asia Pte Ltd.