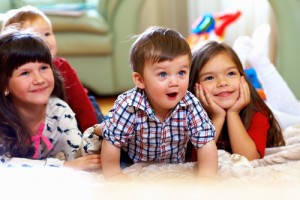 Halifax, Nova Scotia-based DHX Media Ltd (TSX: DHX) has bought Ragdoll Worldwide Ltd., the owner of Teletubbies and other programs, for $28.4 million. The seller in the transaction was BBC Worldwide and a group that includes Ragdoll’s founder, Anne Wood. DHX Media, which is focused on television production and distribution, interactive content and entertainment licensing, became a portfolio investment of Canadian buyout firms Birch Hill Equity Partners and OMERS Private Equity when the company bought Cookie Jar Group for $111 million in 2012. Cookie Jar has been backed by the two PE firms since 2004.

HALIFAX, Sept. 16, 2013 /CNW/ – DHX Media Ltd. (TSX: DHX), a leading independent creator, producer, distributor and licensor of children’s entertainment content, is pleased to announce its acquisition of Ragdoll Worldwide Ltd. (“Ragdoll”) from BBC Worldwide and a group including the founder of Ragdoll, Anne Wood for GBP 17.4 million (approximately CAD $28.4 million) in cash, to be funded from a CAD $25 million expansion of DHX Media’s current debt facility and the balance from cash reserves, including its revolving line of credit. DHX Media expects the transaction to be accretive to net earnings per share for fiscal 2014.

Under the agreement, DHX Media obtains twelve series, including popular UK series The Adventures of Abney & Teal, BAFTA-winning Dipdap and Brum, in addition to 365 episodes of Teletubbies, 52 episodes of Teletubbies Everywhere and 100 episodes of In the Night Garden. Lauded for entertaining and educating generations of children around the globe, Ragdoll Worldwide’s flagship properties, Teletubbies and In the Night Garden, have achieved significant commercial success since inception through strong broadcast and licensing programs.

Teletubbies has aired in over 120 countries and its enduring resonance with children is further underscored by the fact that its top five postings on YouTube have garnered a cumulative 286,000,000 views.

Michael Donovan, CEO of DHX Media, said: “Teletubbies and In the Night Garden are worldwide phenomena. These globally recognized brands will be highly complementary to the DHX Media library, which is now one of the largest independent libraries of children’s TV content in the world. As a leading supplier to subscription video on-demand (“SVOD”) services worldwide, and as an operator of our own SVOD, we are uniquely positioned to continue to develop these evergreen children’s properties in exciting new ways and we also look to maintain a continuing link with Anne Wood, one of the most experienced and passionate producers in the business.”

Ragdoll Worldwide was established as a joint venture in 2006 between BBC Worldwide, BBC’s commercial arm, and Anne Wood’s production company, Ragdoll Ltd. Anne Wood is one of the UK’s best-known and critically renowned children’s television producers. She was awarded a CBE in the 2000 Millennium Queen’s Honors List for her services to children’s broadcasting and is responsible for some of the world’s most recognized children’s programming creations.

Anne Wood, founder of Ragdoll Productions Ltd and co-creator of Teletubbies with Andrew Davenport, who also created In the Night Garden said: “The sale of Ragdoll Worldwide will procure future growth for Ragdoll Productions and, with the passing of creative control for the future development of our catalogue of award-winning programs to DHX Media, we are confident of their continued success for many years to come.”

Anne Wood, together with her son, Christopher, will continue to manage and operate their own company, Ragdoll Productions, for which she will serve as Founder and Creative Director.

Marcus Arthur, Managing Director of BBC Worldwide, UK and Australia said: “Finding the right new home for these beloved children’s properties was incredibly important for BBC Worldwide as we have worked hard over the years with Ragdoll to nurture them and build their popularity and commercial success both in the UK and internationally. We are pleased that the brands will now see their next stage of growth under the ownership of DHX Media.”

About BBC Worldwide Ltd. BBC Worldwide Limited is the main commercial arm and a wholly owned subsidiary of the British Broadcasting Corporation (BBC). BBC Worldwide exists to support the BBC public service mission and to maximise profits on its behalf. It does this through investing in, commercialising and showcasing content from the BBC around the world, in a way that is consistent with BBC standards and values. The business also builds the reach and reputation of the BBC brand overseas and champions British creativity.