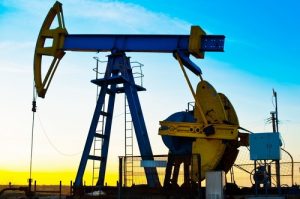 Endurance Energy Ltd, a portfolio company of U.S. private equity firm Warburg Pincus, has agreed to buy StonePoint Energy Inc (TSX-V: STO), a Canadian junior oil and gas business. Endurance will acquire all of StonePoint’s outstanding common shares for $0.078125 per share in cash. Directors and executive officers of StonePoint and certain investors reflecting about 24 percent of the company’s shares have committed to vote for the deal at a special shareholders meeting. Based in Calgary, Endurance is focused on the acquisition and development of natural gas assets in Western Canada. It has been backed by Warburg Pincus since 2012.

CALGARY, ALBERTA–(Marketwired – July 6, 2015) – StonePoint Energy Inc. (TSX VENTURE:STO) (“StonePoint” or the “Company”) is pleased to announce that it has entered into a definitive arrangement agreement (the “Arrangement Agreement”) pursuant to which Endurance Energy Ltd. (“Endurance”), a portfolio company of Warburg Pincus, a global private equity firm focused on growth investing, has agreed to acquire all of the outstanding common shares of StonePoint for cash consideration of C$0.078125 per share (the “Transaction”). The purchase price payable under the Transaction represents an approximately 60 percent premium to the volume-weighted average trading price of the StonePoint Common Shares on the TSX Venture Exchange (the “TSXV”) for the 20 trading days ended on July 3, 2015, being the last trading day prior to the date of Arrangement Agreement.

Background
Since the fourth quarter of 2014, StonePoint has evaluated a number of potential acquisitions, both corporate and asset-based, while building an initial position in the Valhalla area consisting of five sections (3.0 net) of highly prospective Montney and Dunvegan lands. However, the current capital market environment, with the continued weakness in commodity prices and recent regulatory uncertainty, has significantly impacted the Company’s ability to execute on its strategic plan of acquiring and developing assets in the Deep Basin and Peace River Arch areas of Western Canada. In response, StonePoint has explored strategic alternatives to both preserve and maximize shareholder value, resulting in the proposed Transaction. The Company believes the Transaction offers StonePoint’s shareholders the best opportunity in the current environment to recognize the inherent value in the Company.

The Arrangement Agreement and Approvals
The Transaction is to be completed by way of a plan of arrangement under the Business Corporations Act (Alberta) and is subject to a number of customary conditions, including the receipt of all applicable approvals, including without limitation the approval by the TSXV and the requisite approvals of shareholders of StonePoint, as well as other customary closing conditions.

Under the terms of the Arrangement Agreement, StonePoint has also agreed that it will not solicit or initiate any inquiries or discussions regarding any alternative business combination or acquisition proposal, and in certain circumstances StonePoint has agreed to pay a termination fee of C$670,000, including if the Company enters into an agreement with respect to a superior proposal or if the board of directors of the Company withdraws or modifies its recommendation with respect to the proposed Transaction.

Further details with respect to the Transaction will be included in the information circular to be mailed to StonePoint shareholders in connection with the Special Meeting, which is expected to be mailed to shareholders in the second half of July 2015. It is anticipated that the Special Meeting will be held in August 2015 and that closing of the Transaction will occur shortly thereafter. A copy of the Arrangement Agreement and the information circular will be filed on StonePoint’s SEDAR profile and will be available for viewing at www.sedar.com.

Financial Advisor
Haywood Securites Inc. is acting as financial advisor to the independent special committee of the Board of Directors of StonePoint, and has provided its verbal opinion that, subject to the review of the final form of the documents affecting the Transaction, the consideration to be received by StonePoint shareholders pursuant to the terms of the Transaction is fair, from a financial point of view, to the StonePoint shareholders (the “Fairness Opinion”).

Certain information set forth in this press release, including information and statements which may contain words such as “could”, “plans”, “should”, “anticipates”, “expects”, “believes”, “will” and similar expressions and statements relating to matters that are not historical facts, contains forward-looking statements, including but not limited to statements regarding: the proposed acquisition of StonePoint by Endurance pursuant to a plan of arrangement and the anticipated timing of closing; mailing of the information circular related to the Special Meeting and the timing thereof; and the expectation that certain members of management of StonePoint will join the management of Endurance upon closing of the Transaction. By their nature, forward-looking statements are subject to numerous risks and uncertainties, some of which are beyond StonePoint’s control. Completion of the Transaction is subject to a number of conditions which are typical for transactions of this nature. Failure to satisfy any of these conditions, the emergence of a superior proposal or the failure to obtain approval of the StonePoint shareholders may result in the termination of the Arrangement Agreement. The foregoing list is not exhaustive. Additional information on these and other risks that could affect completion of the Transaction will be set forth in the information circular, which will be available on SEDAR at www.sedar.com. Readers are cautioned that the assumptions used in the preparation of such information, although considered reasonable at the time of preparation, may prove to be imprecise and, as such, undue reliance should not be placed on forward-looking statements. The actual results, performance or achievement of StonePoint could differ materially from those expressed in, or implied by, these forward-looking statements and, accordingly, no assurance can be given that any of the events anticipated by the forward-looking statements will transpire or occur, or if any of them do so, what benefits that StonePoint will derive therefrom. StonePoint disclaims any intention or obligation to update or revise any forward-looking statements, whether as a result of new information, future events or otherwise, except as required by applicable securities laws.