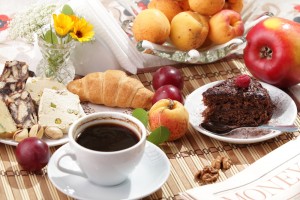 The pandemic has cast a light on the entire supply chain and various processes that help bring new therapies from manufacturing to commercialization, and then help them succeed. The ways in which investors are riding this theme vary, particularly as the needs of drugmakers constantly evolve.

The anticipated deal is expected to value Intouch at at least $950 million, some of the people said. One big growth driver of pharma marketing agencies like Intouch, I’m told: Digital strategies are increasingly replacing the historical sales rep model of marketing drugs to doctors, and likewise, digital advertising has proven a better way to reach patients.

It’s worth noting that Houlihan Lokey, which sold Intouch, has advised on a recent string of competitive processes in and around the pharma communications, marketing, commercialization universe. That incudes The Lockwood Group and ClearView Healthcare Partners. At least two other relevant deals are brewing, I’m told, in addition to Parthenon Capital’s Trinity Life Sciences, which Jefferies and SVB Leerink are engaged on.

Hit me up if you’re following the category and read my full report on PE Hub.
Flexing its muscles: In other activity, I’ve learned that PE-backed PCI Pharma Services’ acquisition of Permira’s LSNE commanded a $1.5 billion valuation, which translates to nearly 40x the asset’s $38 million in trailing 12 month EBITDA as of June 2021.

For PCI – whose majority owner is Kohlberg & Co, followed by Partners Group and Mubadala Investment – the acquisition is viewed as a highly strategic and intentional move.

Importantly, PCI grows its mix of work in large molecules and biologics.

PCI is also becoming quite a force. Consider the $1.5 billion for LSNE on top of the $3 billion-plus at which the company was valued when Kohlberg took its stake a year ago, add to that PCI’s standalone performance and the strategic value and synergies this transaction brings — you’ve got a pretty unique and sizable CDMO asset.

As has become the norm for many highly sought after assets in pharma services and elsewhere in healthcare, this deal also came together under a much accelerated timeline. Read my full report on PE Hub.

Reapin’ in the dough: One Equity Partners generated 5x its money on the sale of PS Logistics after scaling the company rapidly through an even split of organic and M&A growth, a source familiar with the deal told PE Hub.

Transacting amid a logistics industry that remains ripe for consolidation, Gamut Capital closed a deal to buy the Birmingham, Alabama-based business on Sept. 30.

OEP has had an eventful year with 13 partial or full exits in the past 12 months, returning approximately $2.6 billion to investors, according to sources familiar with the deals. The average multiple of invested capital was 3.6x on those 13 exits.

That’s it for me! Have a great rest of your day. Hit me up at springle@buyoutsinsider.com with any good tips, gossip or just to say hello. Don’t forget to use our anonymous tip box on PE Hub or Buyouts.