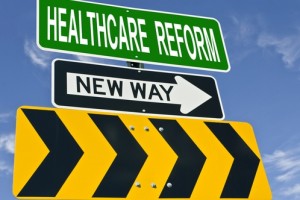 It’s a waiting game in healthcare M&A as dealmakers look for resolutions to the healthcare reform law and the presidential election, according to PE executives attending the Jefferies Global Healthcare Conference.

Private equity investing in healthcare is on pause this year, according to executives speaking Wednesday on the panel “Financial Sponsors Perspectives on Healthcare Investing.” The industry is waiting to see whether Mitt Romney succeeds in overtaking President Obama. Also, dealmakers wants some clarity on President Obama’s healthcare reform bill. The Supreme Court’s decision on the law is expected this month (some even claim it could come this week).

Healthcare M&A has slowed this year. So far there have been 1,073 global announced M&A deals, valued at $75.3 billion. This compares to 2,729 deals in all of 2011 which totaled roughly $229.6 billion, according to Dealogic. Private equity-backed transactions are even lower. This year we’ve seen 44 announced deals, valued at $3.6 billion. This is just a fraction of the 168 mergers in all of 2011, which collected $21 billion, Dealogic said.

The price disconnect between buyers and sellers has gotten even “bigger” due to Obamacare, one exec said. “Once we get clarity, and past Obamacare and the presidential election, we will see more deals,” the exec said.

Jim Momtazee, head of KKR’s healthcare industry team North America, said that the Supreme Court’s decision on healthcare reform matters more than presidential election. “That bill is the most important piece of legislation since 1965,” Momtazee said during the panel.

There has been much talk about the private equity overhang, Momtazee said. Pitchbook estimates that the PE overhang is currently $432 billion. “We’ve never had trouble investing a fund over the timeline allotted,” he said. However, sometimes KKR encounters a “herd mentality” where “everyone is thinking the same way and it’s hard to do deals,” he said.

But Momtazee thinks there is still lots of opportunity. “There are more companies out there for sale than companies that want to buy them,” he said.