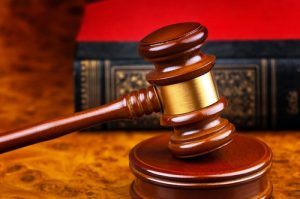 Laricina Energy Ltd, a portfolio company of the Canada Pension Plan Investment Board (CPPIB) and U.S. private equity firm Lime Rock Partners, has been granted creditor protection under the Companies’ Creditors Arrangement Act. The Calgary-based energy company, which earlier this year defaulted on a $150 million loan from CPPIB, said it is now considering strategic alternatives as it focuses on restructuring and reducing costs. Laricina said it has adequate liquidity for the initial stay period which expires on April 24, 2015. It will in the meantime formulate a restructuring plan. CPPIB and Lime Rock have backed the company in 2010.

Laricina Energy Ltd. and its wholly owned subsidiaries: Laricina GP Holding Ltd. and 1276158 Alberta Inc. (collectively “Laricina” or the “Company”), announced today that they have been granted creditor protection under the Companies’ Creditors Arrangement Act (“CCAA”).

“Requesting this creditor protection was a difficult, but necessary step,” said Glen Schmidt, President and CEO. “This was done after careful consideration of all available alternatives and the Laricina Board of Directors believes that this is in the best interests of all its stakeholders. We will continue to work hard with our advisors to pursue strategic alternatives as we seek to restructure and further reduce costs.”

Protection has been obtained pursuant to an order dated March 30, 2015 with effect as of March 26, 2015 (the “Order”) by the Court of Queen’s Bench of Alberta, Judicial Centre of Calgary (the “Court”). CCAA protection stays creditors and others from enforcing rights against Laricina and affords the Company the opportunity to restructure its financial affairs.

Seeking protection under the CCAA followed receipt of a Demand for Payment in full by March 26, 2015 from the sole noteholder (the “Lender”) of all amounts due under the terms of the trust indenture (the “Indenture”) relating to $150 million of 11.5% senior secured notes issued in March of 2014. The Lender issued a Notice of Intention to Enforce Security against the assets of the Company with its demand for payment. At the time of Laricina’s application for the Order under the CCAA, the Lender made a cross application for a receivership order which was adjourned indefinitely by the Court.

With the stay of proceedings pursuant to the Order, the Company has sufficient liquidity for the initial stay period which expires on April 24, 2015 and, which may be extended thereafter as the Court deems appropriate, during which time Laricina will formulate a restructuring plan (the “Plan”) pursuant to the CCAA.

While under CCAA protection, Laricina’s Board of Directors continues in its usual role and its management remains responsible for the day-to-day operations of the Company under the oversight of PricewaterhouseCoopers Inc., which is the Court-appointed monitor (the “Monitor”), and which will be responsible for reviewing Laricina’s ongoing operations, assisting the Company with the development and filing of the Plan, liaising with creditors and other stakeholders and reporting to the Court.

It is expected that the Company’s operations will continue uninterrupted in the ordinary course of business and obligations to employees and suppliers of goods and services, after March 25, 2015, will continue to be met on an ongoing basis subject to the oversight of the Monitor.

Laricina’s most significant assets are its oil sands reserves and resources. The Company’s core Germain and Saleski assets have a resource life of more than 25 years (at estimated future production levels) and generate value based on long-term crude oil prices, which may be materially higher than near-term crude oil prices, based on the current crude oil futures curves and industry/analyst forecasts.

Laricina believes the CCAA process gives it the best chance of preserving the long-term value of its assets and managing its financial position. An updated reserves and resource assessment and economic evaluation on 70% of Laricina’s net land base prepared by GLJ Petroleum Consultants Ltd. (“GLJ”) as of December 31, 2014 using GLJ’s January 1, 2015 price forecast, determined Laricina’s probable undeveloped reserves were 0.5 billion barrels and contingent resources (best estimate) were 3.7 billion barrels of bitumen. The pre-tax 10% present value of these resources was $0.3 billion and $6.7 billion, respectively.

In November 2014 the Company announced a strategic alternatives process. While under CCAA protection, this process is expected to become part of the Plan and the engagement of Peters & Co. Limited, BMO Capital Markets and Morgan Stanley Canada Limited will continue as the financial advisors in that regard. In addition BMO Capital Markets has been engaged to assist the Company in negotiating and restructuring its existing debt obligations and supporting development of the Plan.

The Company announced in early 2015 it was in default of certain production covenants and, as a consequence of the production default a related working capital covenant, all as set out in the Indenture. Since then Laricina had been engaged in dialogue with the Lender on potential solutions to addressing its note indebtedness and current financial situation, however the parties have not arrived at a mutually satisfactory solution. The estimated amount of indebtedness to the Lender is $164.2 million in principal and interest as at March 30, 2015.

In addition the Lender claims an acceleration payment amount of approximately $9.7 million is owing to it which claim is being examined by the Company and its advisors. Current estimated cash and cash equivalents on hand are approximately $140.0 million as at March 30, 2015.

Enquiries for the Monitor may be directed to:
PricewaterhouseCoopers Inc.
Calgary, Alberta
Dawn Walby
Office: +1 403 509 6669
www.pwc.com/car-laricina

About Laricina Energy Ltd.
Laricina is a non-public, Calgary based, responsible energy company that will contribute supply to the growing demand for crude oil through in situ oil sands development.

Laricina’s goal is to create value by developing Canada’s oil sands using innovative in situ technologies. The Company has a diverse portfolio of oil sands assets at varied stages of development, and experienced people with the requisite technical expertise. Our current focus is on the Company’s two core producing projects – Saleski and Germain. Laricina’s asset base, holds 0.5 billion barrels of probable reserves, 3.9 billion barrels of contingent resources (best estimate) and 0.2 billion barrels of prospective resources (best estimate) as determined by Laricina’s independent reservoir engineers as at December 31, 2014 for Germain Grand Rapids, Germain Winterburn, Saleski Grosmont, Burnt Lakes, Conn Creek, Poplar Creek and Portage properties, and as at December 31, 2013 for Thornbury, Thornbury West, House River, Germain Wabiskaw and Boiler Rapids properties. These assets include oil sands resources in the familiar McMurray Formation, and the developing Grand Rapids, and Grosmont and Winterburn carbonate plays, all of which offer significant production potential.

This information release contains certain “forward-looking statements” within the meaning of such statements under applicable securities law including but not limited to final regulatory approval from the Alberta Energy Regulator and Alberta Environment. Forward-looking statements are frequently characterized by words such as “plan”, “expect”, “estimate”, “intend”, “believe”, “anticipate” and other
similar words, or statements that certain events or conditions “may” or “will” occur. Forward-looking statements are based on Laricina’s experience and current beliefs as well as assumptions made by, and information currently available to, Laricina, and are subject to a variety of risks and uncertainties including, but not limited to, those associated with resource definition, unanticipated costs and expenses, regulatory approvals, fluctuating oil and gas prices, and the ability to access sufficient capital to finance future acquisitions and development. Laricina’s resources at Saleski and Burnt Lakes are contained in the Grosmont Formation, and a portion of Germain’s resources are contained in the Winterburn Formation, each a carbonate reservoir. Some of the Company’s contingent resources in the carbonates that are analogous to the Saleski pilot are based on established technologies that have been demonstrated to be commercially viable specifically for the subject reservoirs, and some are based on technology under development that require further development and piloting to confirm the commercial viability of applying these technologies to carbonate reservoirs. Resource volumes based on technology under development have a higher risk than volumes based on established technology. Although the Company believes that the expectations represented by such forward-looking statements are reasonable, there can be no assurance that such expectations will prove to be correct. Readers are cautioned that the assumptions and factors discussed in this information release are not exhaustive and readers are not to place undue reliance on forward-looking statements. Laricina disclaims any intention or obligation to update or revise any forward-looking statements as a result of new information, future events or otherwise, subsequent to the date of this message, except as required under applicable securities legislation. The forward-looking statements are expressly qualified by these cautionary statements.