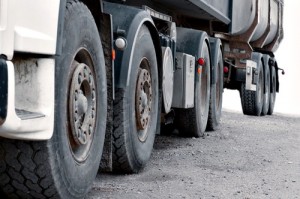 Saint-Georges, Québec-based Manac Inc., a manufacturer of vans, flatbeds and specialty trailers in North America, has filed a prospectus for an initial public offering of its subordinate voting shares on the Toronto Stock Exchange. Manac is currently a portfolio investment of New York-based mid-market private equity firm American Industrial Partners (AIP), which acquired a 50% interest in the company in 2012. Manac previously received investments from the Fonds de solidarité des travailleurs du Québec FTQ.

SAINT-GEORGES, QC, Aug. 16, 2013 /CNW Telbec/ – Manac Inc. (“Manac” or the “Company”) filed today a preliminary prospectus with the securities regulatory authorities in each of the provinces of Canada in connection with a proposed initial public offering of its subordinate voting shares. A copy of the preliminary prospectus is available on SEDAR (www.sedar.com).

No securities regulatory authority has either approved or disapproved the contents of this press release. This press release does not constitute an offer to sell or a solicitation of an offer to buy any securities of the Company in any jurisdiction in which such offer, solicitation of sale would be unlawful. These securities have not been and will not be registered under the United States Securities Act of 1933, as amended (the “U.S. Securities Act”) or any U.S. state securities laws and may not be offered or sold in the United States except in compliance with the registration requirements of the U.S. Securities Act and applicable U.S. state securities laws or pursuant to an exemption therefrom.

About Manac
Manac is the largest manufacturer of trailers in Canada and a leader in the manufacturing of specialty trailers in North America. The Company offers a wide range of vans, flatbeds and specialty trailers such as dumps, low beds, grain hoppers, chip and logging trailers, all of which are sold in Canada and the United States under the recognized brands Manac®, CPS®, Darkwing®, UltraPlate®, Liddell Canada® and Trailmobile®. Manac services the heavy-duty trailer industry for the highway transportation, construction, forestry and agricultural sectors and manufactures its trailers in facilities located in Saint-Georges, Quebec as well as Oran and Kennett, Missouri.