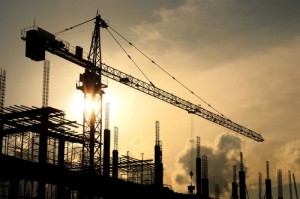 Edmonton, Alberta-based NC Services Group Ltd. (NCSG), a crane and heavy haul company, has agreed to acquire all of the shares of S.S. Pevach Ventures Ltd., which operates as Scorpion Industries, a supplier of boom truck and oilfield services in Western Canada. Financial terms of the deal were not published. NCSG, formerly known as Northern Crane Services, was purchased in 2006 by U.S. private equity firm NCA Partners for $60 million. Since that time, the company reports having done six acquisitions.

EDMONTON, ALBERTA, CANADA September 4, 2013 – Edmonton headquartered NC Services Group Ltd. (“NCSG”) announced today that it has entered into a binding agreement providing for the acquisition of all of the shares of S.S. Pevach Ventures Ltd. (doing business as Scorpion Industries, “Scorpion”).

Scorpion was founded and built by Shawn and Sonia Pevach, long time Bonnyville, Alberta residents. Scorpion has grown into a leading supplier of fully operated and maintained boom truck and oilfield services in the fast growing SAGD and Heavy Oil regions of Alberta, namely Bonnyville/Cold Lake, Wabasca and Conklin.

“We are thrilled to be partnering with Scorpion Industries to help service the fast growing Bonnyville/Cold Lake, Wabasca and Conklin markets,” said Ted Redmond, President and CEO of NCSG, and continued: “there are numerous SAGD and Heavy Oil sites both under construction and in need of reoccurring maintenance services in this region and Scorpion is a major supplier to those sites with an outstanding reputation for safety and customer service.”

Shawn Pevach will remain with the company as Regional Director responsible for all operations in the Bonnyville/Cold Lake and Wabasca areas. “We will continue to provide our clients with all our existing services and enhance these services with additional equipment from NCSG’s crane and heavy haul operations,” said Shawn. “Our locally based employees will continue to provide outstanding service to our many loyal customers. With access to the NCSG safety and engineering team and a combined fleet of over 280 cranes/boom trucks, 200 lines of hydraulic platform trailers, 190 conventional trailers and 65 tractors we will be able to meet all of our customers’ project, turnaround, and maintenance crane rental, hauling and other oilfield services needs.

NCSG began as Northern Crane Services which was founded in 1987 and purchased in 2006 by the current investor group of NCSG. Since that time, NCSG has done 6 follow-on acquisitions and grown at a compound annual growth rate of over 30%.