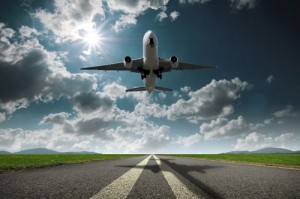 Toronto’s Porter Airlines Inc. has signed a conditional purchase agreement for 12 CS100 airliners, with options for an additional 18 CS100 aircraft, from Bombardier Inc. Depending on the orders optioned, Bombardier estimates the contract value could reach US$2.3 billion. Porter president and CEO Robert Deluce said the buy “fits perfectly into our business plans and growth strategy.” Porter has been backed by private equity firms Edgestone Capital Partners, OMERS Strategic Investments, GEAMI and Dancap Private Equity since 2006.

TORONTO, ONTARIO–(Marketwired – April 10, 2013) – Bombardier Aerospace announced today that Porter Airlines has signed a conditional purchase agreement for 12 CS100 airliners, with options for an additional 18 CS100 aircraft. The agreement also includes purchase rights on six Q400 NextGen aircraft. The parties also disclosed that Porter Airlines is the unidentified, Americas-based customer that signed a Letter of Intent (LOI) for CS100 aircraft as announced by Bombardier in December 2012.

Today’s announcement was made at Porter Airlines’ home base at Billy Bishop Toronto City Airport, where alongside Bombardier, they also unveiled the CSeries aircraft flight deck and cabin demonstrator that will be on private display at Porter’s facility during the month of April 2013.

Based on the list price of the CS100 airliner, a firm-order contract would be valued at approximately $870 million US and could increase to $2.08 billion US should the 18 options also be converted to firm orders. Should Porter also exercise the six purchase rights for Q400 NextGen aircraft, the contract value would increase to $2.29 billion US.

“Following an in-depth analysis of existing and re-engined aircraft, we have selected the all-new CS100 airliner for its flexibility and suitability for urban operations, including outstanding fuel efficiency and short airfield performance, as well as reduced sound and emissions,” said Robert Deluce, President and Chief Executive Officer, Porter Airlines. “The aircraft fits perfectly into our business plans and growth strategy and we are also proud to be the Canadian launch customer for Bombardier’s CSeries aircraft. We look forward to expanding our network with an all-Bombardier fleet of CS100 jetliners and Q400 turboprops – promoting greener, quieter flying.”

“Porter Airlines’ selection of the game-changing CS100 jetliner for its operations is a compliment to the CSeries aircraft program and the flexibility of this aircraft and the missions it can perform. As an award-winning airline, Porter is widely recognized for its unique operations, as well as the refined service it provides and we are thrilled that Porter continues to look to Bombardier aircraft for its growth requirements,” said Mike Arcamone, President, Bombardier Commercial Aircraft. “The worldwide momentum of interest for the CSeries aircraft program continues to grow and we are pleased that customers in both our traditional and growth markets are exploring opportunities and centering business cases around the use of Bombardier’s CSeries jetliners and pairing them with their Q400 aircraft operation. We look forward to seeing the technologically advanced CS100 aircraft take to the skies in Canada and its neighbouring regions alongside Porter’s existing fleet of 26 Q400 aircraft.”

“We’re delighted about this agreement between Porter Airlines and Bombardier as it represents the first Canadian operator to select the PurePower® family of engines and also extends the strong relationship amongst Porter, Bombardier and Pratt & Whitney,” said Todd Kallman, President, Pratt & Whitney Commercial Engines. “In addition to double-digit reductions in fuel consumption and engine operating cost, our PurePower engine generates a noise footprint that is up to four times smaller than today’s jet engine-powered aircraft, which benefits both travelers and airport communities.”

The first CSeries flight test vehicle (FTV1) is in its final stages of build and is progressing towards the transfer to the flight test phase following the completion of the full powering up of the main electrical distribution system in March 2013. The CSeries aircraft is moving closer to obtaining the safety-of-flight permit following the successful completion of the critical series of structural and system tests. The fly-by-wire system testing continues and to date, tests have shown results as expected. As for the assembly of the other flight test vehicles: systems installations are being completed on FTV2; the wings are being mated on FTV3; and the fuselage on FTV4 has entered into the assembly stage – all of which are advancing to schedule.

Bombardier’s flight deck and cabin demonstrator for the CSeries airliner will be on private display at the Billy Bishop Toronto City Airport from April 10 to April 30, 2013. Media requests to visit the demonstrator should be submitted to 416-375-3030.

The CSeries aircraft flight deck features a number of technologically advanced communication and navigation aids and benefits from the latest avionics. The integrated design approach sets a new standard and offers reduced costs through increased operational efficiency and reduced pilot training, while improving reliability. The result is a finely tuned human-machine interface, which the demonstrator allows visitors to fully experience.

The cabin demonstrator, representing the latest look and feel of the CSeries aircraft interior configuration, features a business class section, an array of economy seats at various seat pitches, and a variety of optional in-flight video displays.

Designed for the growing 100- to 149-seat market, the 100 per cent new CSeries aircraft family combines advanced materials, leading-edge technology and proven methods to meet commercial airline requirements in 2013 and beyond. Powered by Pratt & Whitney PurePower PW1500G engines, the CSeries aircraft family will offer a 15* per cent cash operating cost advantage and a 20* per cent fuel burn advantage. With the extra capacity seating option, the CS300 aircraft’s productivity further improves, offering airlines an average of four* per cent additional cash operating cost advantage per seat. The CSeries aircraft’s clean-sheet design is ensuring that the aircraft will achieve greatly reduced noise and emissions, as well as superior operational flexibility, exceptional airfield performance and a range of 2,950 NM (5,463 km)*. The CSeries aircraft will be up to 12,000 lbs. (5,443 kg)* lighter than other aircraft in the same seat category and will provide passengers with a best-in-class, widebody cabin environment in a single-aisle aircraft.

As of December 31, 2012, Bombardier had booked orders and commitments for 382 CSeries aircraft, which include firm orders for 148 CSeries airliners.

Porter Airlines has revolutionized short-haul flying with a warm and effortless approach to hospitality, restoring glamour and refinement to air travel. Porter is an Official 4 Star Airline® in the World Airline Star Rating® by Skytrax, and rated second in the world in Condé Nast Traveler’s Readers Choice Awards Top Small Airlines category.

Bombardier is the world’s only manufacturer of both planes and trains. Looking far ahead while delivering today, Bombardier is evolving mobility worldwide by answering the call for more efficient, sustainable and enjoyable transportation everywhere. Our vehicles, services and, most of all, our employees are what make us a global leader in transportation.

Bombardier is headquartered in Montréal, Canada. Our shares are traded on the Toronto Stock Exchange (BBD) and we are listed on the Dow Jones Sustainability World and North America Indexes. In the fiscal year ended December 31, 2012, we posted revenues of $16.8 billion. News and information are available at bombardier.com or follow us on Twitter @Bombardier.

* The CSeries aircraft are in the development phase. All data and specifications are estimates, subject to changes in family strategy, branding, capacity and performance during the development, manufacture and certification process. All performance references have been estimated based on a 500-nm North American operating environment and comparisons are to in-production aircraft.
PurePower ® is a registered trademark of United Technologies Corp. – Pratt & Whitney.

Bombardier, CS100, CSeries, NextGen, Q400 and The Evolution of Mobility are trademarks of Bombardier Inc. or its subsidiaries.