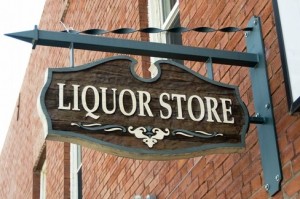 Rocky Mountain Liquor, Inc. (RUM), an Edmonton-based company which owns and operates private liquor stores across Alberta, has entered into an agreement to acquire four additional stores in the province.The aggregate price of the purchase, which remains subject to certain conditions, is estimated to be C$3 million. According to Thomson Reuters (publisher of peHUB Canada), RUM received private equity investment in 2010.

The acquisition of these stores is subject to certain conditions, including but not limited to the completion of a due diligence review, the amendment of real property leases and the receipt of senior lender approval. Given these conditions, it is possible that fewer than four stores will be acquired. The aggregate purchase price of all assets is estimated to be $3,000,000, including inventory. The Company has sufficient financial resources to complete the transaction with cash and existing term financing. After the transaction, the Company will have available term financing of $10,750,000 that it can use to continue to execute on its growth strategy.

Mr. Peter Byrne, CEO, said “These proposed new acquisitions reinforce our commitment to our shareholders to expand and grow the Company. These four additional stores are expected to benefit from increased product offerings from our enterprise fulfillment center which distributes partial case lots to our locations.”

Rocky Mountain owns 100% of Andersons Liquor Inc. (“Andersons”), headquartered in Edmonton Alberta, which currently own and operate 41 private liquor stores in that province, up from 18 stores since the Common Shares began trading in December 2008. It is listed on the TSX Venture Exchange (TSX-V:RUM).

In 2012 the Company was ranked 220 in the inaugural Alberta Venture 250, recognizing Alberta’s highest grossing companies based on 2011 results. The ranking published in the September issue of Alberta Venture and online at v250.albertaventure.com was evaluated on the 2011 revenue of Andersons Liquor Inc., a wholly owned subsidiary of RUM.

Also in 2012, the Company was ranked in the 24th annual PROFIT 200 ranking of Canada’s Fastest-Growing Companies by PROFIT Magazine in September based on 2011 results. The Company ranked 160th overall. This is the second consecutive year the Company has been ranked in the Profit 200. The award was evaluated on the five-year growth of Andersons Liquor Inc., the wholly owned subsidiary of the Company. The rankings were published in the Summer issue of PROFIT and online at PROFITguide.com. The PROFIT 200 is Canada’s largest annual celebration of entrepreneurial achievement.

This news release may contain “forward-looking statements” within the meaning of applicable securities laws relating to the future growth of the Company, and the ability to execute its business strategy. Readers are cautioned not to place undue reliance on forward-looking statements, and in particular results achieved in 2012 and previous periods. Past results might not be a certain indication of future performance, which is subject to other risks, including but not limited to changes in operational policies, changes in management, changes in strategic focus, market conditions and customer preferences. Actual results and developments may differ materially from those contemplated by these statements depending on, among other things, the risks that these events may not materialize as well as those additional factors discussed in the section entitled “Risk Factors” in RUM’s Management Discussion and Analysis, which can be obtained at www.sedar.com. If they do materialize, there remains a risk of non-execution for any reason.