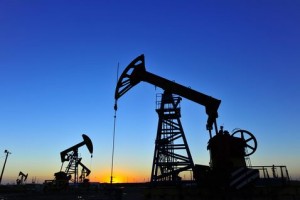 Seven Generations Energy Ltd (TSX: VII) has proposed a bought deal private placement financing that is targeted to raise $300 million in gross proceeds. In an earlier statement, the company said it will use the proceeds chiefly for investment in natural gas production at its Kakwa River Project in Alberta. Based in Calgary, Seven Generations went public in November 2014, raising $931.5 million. It has since remained a portfolio investment of Canadian private equity firms ARC Financial Corp and Azimuth Capital Management, as well as Canada Pension Plan Investment Board.

Seven Generations Energy Ltd. (TSX:VII) is pleased to report that it has increased the size of its previously announced bought deal financing to 21,428,600 common shares at a price of $14.00 per share for gross proceeds of approximately $300 million, up from the $260 million that was announced in 7G’s news release on February 9, 2016. In all other respects, the terms of the financing and use of proceeds remain as previously disclosed.

This financing with a syndicate of underwriters is being co-led by Peters & Co. Limited and RBC Capital Markets.

Seven Generations is a low-cost, high-growth Canadian natural gas developer generating long-life value from its liquids-rich Kakwa River Project, located about 100 kilometres south of its operations headquarters in Grande Prairie, Alberta. 7G’s corporate headquarters are in Calgary and its shares trade on the TSX under the symbol VII.

This news release is not an offer of the shares in the United States. The shares have not and will not be registered under the U. S. Securities Act of 1933, as amended (the “US Securities Act”). The shares may not be offered or sold, except to accredited investors in reliance on the exemption from registration provided by Regulation D under the US Securities Act, or to persons outside the United States in compliance with Regulation S and applicable Canadian exemptions. Any public offering of securities made in the United States would be made by means of a prospectus that would be obtainable from the Company and that would contain detailed information about the Company, its management and financial statements.

Actual results could differ materially from those anticipated in the forward-looking information as a result of the risks and risk factors that are set forth in the Company’s Annual Information Form, dated March 10, 2015, which is available on SEDAR at www.sedar.com, including, but not limited to: volatility in market prices and demand for oil, natural gas liquids and natural gas and hedging activities related thereto; general economic, business and industry conditions; variance of the Company’s actual capital costs, operating costs and economic returns from those anticipated; risks related to the exploration, development and production of oil and natural gas reserves and resources; negative public perception of oil sands development, oil and natural gas development and transportation, hydraulic fracturing and fossil fuels; actions by governmental authorities, including changes in government regulation, royalties and taxation; the management of the Company’s growth; the availability, cost or shortage of rigs, equipment, raw materials, supplies or qualified personnel; the absence or loss of key employees; uncertainty associated with estimates of oil, natural gas liquids and natural gas reserves and resources and the variance of such estimates from actual future production; dependence upon compressors, gathering lines, pipelines and other facilities, certain of which the Company does not control; the ability to satisfy obligations under the Company’s firm commitment transportation arrangements; uncertainties related to the Company’s identified drilling locations; the concentration of the Company’s assets in the Kakwa area; unforeseen title defects; Aboriginal claims; failure to accurately estimate abandonment
and reclamation costs; changes in the interpretation and enforcement of applicable laws and regulations; terrorist attacks or armed conflicts; natural disasters; reassessment by taxing authorities of the Company’s prior transactions and filings; variations in foreign exchange rates and interest rates; third-party credit risk including risk associated with counterparties in risk management activities related to commodity prices and foreign exchange rates; sufficiency of insurance policies; potential for litigation; variation in future calculations of certain financial measures; sufficiency of internal controls; impact of expansion into new activities on risk exposure; risks related to the senior unsecured notes and other indebtedness, including: potential inability to comply with the covenants in the credit agreement related to the Company’s credit facilities and/or the covenants in the indentures in respect of the Company’s senior secured notes; seasonality of the Company’s activities and the Canadian oil and gas industry; and extensive competition in the Company’s industry.

The forward-looking information and statements contained in this news release speak only as of the date hereof, and the Company does not assume any obligation to publicly update or revise them to reflect new events or circumstances, except as may be required pursuant to applicable laws.