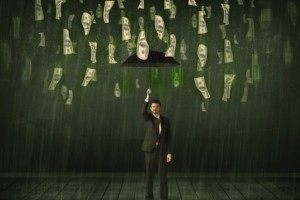 Financial technology company SunGard Data Systems Inc is preparing to appoint financial advisers to explore a sale that could value it at as much as $10 billion, including debt, people familiar with the matter said on Friday.

SunGard has asked investment banks vying for advisory mandates to prepare for interviews as early as next week, the people said. The company plans to simultaneously explore an outright sale as well as a potential initial public offering, the people added.

Private equity-owned SunGard decided to explore a sale after it was approached by at least one other company about a potential takeover, one of the people added. The identity of that company could not be immediately learned.

The sources asked not to be identified because the deliberations are confidential. A SunGard spokesman did not immediately respond to a request for comment.

One of the largest leveraged buyouts that preceded the 2008 financial crisis, SunGard is one of the longest-held investments in private equity history. Its owners have struggled to boost the company’s value to the point where they can cash out and make a decent return.

But since the buyout, the firms have taken money from SunGard. In 2012, for example, they paid themselves $720 million with their first dividend from the company.

Based in Wayne, Pennsylvania, SunGard provides software and processing services for financial firms and also serves the education and public sectors. Last year, it spun off its disaster recovery unit, which represented about a third of its revenue.

Annual revenue at SunGard increased last year by 2 percent to $2.8 billion. As of Dec. 31, total debt was $4.7 billion and cash was $447 million. Adjusted earnings before interest, taxes, depreciation, and amortization was flat last year at $765 million.