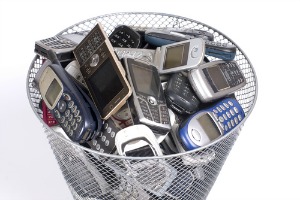 Research in Motion, Nokia, Hewlett-Packard, they’ve all got intellectual property that would make a sponsor salivate. Just so happens it has been impossible to lay a finger on most of it. Strategic bidders are loading up for lawsuit wars and handset plays, spending big, and private equity firms are often left out in the cold after auctions.

Take the Aware WiFi patents auction—strategics, and some financial buyers, lined up conservative bids in April for what was expected to be an auction of assets valued between $20 million and $30 million. Then, Intel came, and blew everyone out of the water with a $75 million bid, sources told peHUB, which was three times the size of some other offers. Intel wasn’t done, either, splurging earlier this week on another $375 million in patents from InterDigital.

With big companies breaking themselves down in order to salvage some—any—shareholder value, deal pros see a frothy IP auction environment forthcoming. Potential deals for parts, or all, of Research in Motion and Nokia could turn the tide not only in handset development, but in courtroom battles, sources said. This is a problem for private equity. Buyers including Google, Apple, Microsoft, even Facebook, may—as per the usual, it seems—relegate private bidders to the sidelines.

Perhaps a relief for PE investors awaiting a chance to deploy capital at a reasonable valuation, still more sellers may come to market to deal IP. HP, for example, has more than 30,000 patents that could be monetized.

“Since times are hard for H-P, Meg [Whitman] might be interested in IP deals,” said one IP auction regular.

Between corporates dismantling and other startups that are spinning off assets, it is expected that PE bidders will increasingly participate. Already, some are. Private equity bidders emerged in an attempt to take private Nokia’s fancy handset business—EQT, the European PE firm, bought Vertu, the phone maker’s Madison Ave. brand.

Some PE sponsors are predicting tepid interest for multi-billion dollar auctions of international handset behemoths as the market is shrinking to just a handful of players. This could result in high profile breakups or ubiquitous consumer brands—it remains to be seen if they can realize the most value this way, however.

“Research in Motion is the next Kodak,” one PE pro said.

Other financial sponsors are simply reluctant to spend more time in the courtroom than in the board room.

“We’re not in the business of suing,” said one PE pro, when asked why his large cap firm was dodging the potentially lucrative Research in Motion deal (or, asset sale).

Some financial sponsors have resigned to acquiring worthwhile intellectual property, then marketing its licensing potential to head off potential litigation. Increasingly, some sources say, near field communications technology, as of late discounted, is an increasingly viable long-term play.

“This is an area where you could see a lot of action,” one buy-side source said.