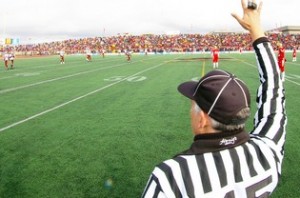 So what’s the score at the half? The midway-mark PE report for 2012 issued by Berkery Noyes contained some shockers, and some items that were, well, less than stunning.

One surprise the report notes is that PE deals in the health and pharmaceuticals space were the greatest by volume of any sector for 2012’s first half. There had been quite a bit of murmuring over how PE had stayed back from the sector, like strategics, awaiting the US Supreme Court’s decision on the Affordable Care Act—and, given how deals in the space have played out since the ruling, we might hear a repeat of this at year-end.

A separate report notes that, among financial sponsors, Apax Partners, THL and TPG have been the most active players in the healthcare space, more broadly.

Transaction volume was up slightly, but transaction values fell. Perhaps telling, the report noted that the median PE revenue multiple for a deal declined from 2.0x in the second half of last year to 1.4x in the first half of 2012, and that median EBITDA multiple fell from 12.4x to 9.5x. Does that sound like flight to quality?

It was no shocker to see that Goldman Sachs Capital Partners, the private equity firm currently being run by the investment bank, was atop the list for the biggest PE deal of the first half. As I’ve hypothesized before, Goldman perhaps faces the biggest so-called ‘fiscal cliff’ of all, in that it will soon have to spin off its lucrative private equity operations, along with some of the revenue their separate banking team enjoys for so frequently advising the in-house LBO shop on deals.

But GS Capital Partners wasn’t the only PE shop that was making big deals. Hellman & Friedman and Vista Equity Partners were the two most active private equity firms of the first half by deal volume, according to the report—each PE shop racked up seven buys over the first six months of the year.