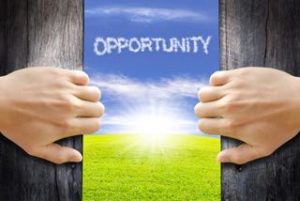 Eric Rosen has left Michael Dell’s family office, MSD Capital, where he headed private equity investments, to launch his own firm, according to sources with knowledge of Rosen’s plans.

Rosen began transitioning out of MSD Capital at the end of 2013. It’s not clear when he officially left, though he spent part of last year in a consulting role, according to a person close to MSD. Rosen was listed as a partner on the firm’s website last August, but he no longer appeared as of last October, according to the Internet Archive.

Howard Berk, a partner at MSD who joined in 2002, now heads private equity investing, the person close to MSD said.

Rosen, a partner who joined MSD to lead private equity investing in 2005, will use a pool of capital from select investors to make platform deals, according to two people familiar with Rosen’s plans. It’s not clear what sectors Rosen will focus on with the new fund.

Rosen is said to be using a flexible private equity fund-like structure to invest, though details of how the vehicle works were not clear.

Rosen also is hiring to build a team, one source said.

Prior to MSD Capital, Rosen worked for 16 years at Onex Corp, according to sources and his LinkedIn profile.

MSD focuses on investments in publicly traded securities, private equity, real estate, special opportunities and investments with third-party managers in private and public markets, according to its website.

In January, Reuters reported that MSD Capital was one of several firms interested in buying Marquette Transportation, which was said to be exploring a sale that could value it at $1 billion.