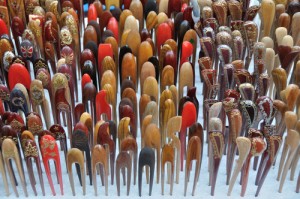 Another segment that has attracted a lot of capital is the secondary market. Cogent Partners called 2013 a record year with $27.5 billion of secondary market volume. Secondary pricing has reached its highest level since 2007, but transactions are, on average, still executed at a discount to NAV.

Venture capital firms continue to attract moderate amounts of capital, but deals are priced at 10-year highs, according to median pre-money valuations reported by Pitchbook. It is noteworthy that prices in later financing rounds have doubled since the 2009 low, accelerating twice as fast compared to early stage rounds.

What do they all have in common? Many factors contribute to the popularity of the market segments described above, and experts from each area will convincingly present valid arguments justifying the attractiveness of their respective strategy. But let’s face it: The main driver is the robust public stock market. Large buyout funds use the higher values of publicly traded companies to put a price on their private investments and with that, interim fund valuations rise and performance looks attractive. Buyout funds also returned a lot of capital over the past couple of years and LPs are ready to commit new money.

The strong public markets also brought balance back into the pension fund’s asset allocation and private equity portfolios are no longer over their investment limits (due to the respective rise in public equity holdings). The pressure is off the secondary market and pricing has recovered.

As to late-stage venture investments, it should come as little surprise that the National Venture Capital Association reported the largest number of IPOs last year since 2007, and if it weren’t for the exceptional Facebook IPO in 2012, it would have also been the largest amount of capital raised through IPOs since 2007.

How to diversify a private equity portfolio? While I don’t have a crystal ball, it is reasonable to assume that valuation changes in the discussed segments will continue to follow public-market gyrations. Other parts of the private equity universe, however, such as small buyout, distressed equity and early stage venture exhibit less correlation. Smaller funds have a pricing advantage as EBITDA multiples for large transactions have gotten more expensive compared to last year, while small and mid-sized prices were similar or slightly down, according to Pitchbook data through Q3 2013. Distressed deals have by definition lower entry valuations and are therefore less impacted by public market valuations. The lower cost structure of early stage venture deals is typically also more insulated from public market swings.

Setting all rearview mirrors and crystal balls aside, these strategies will suffer, too, if we experience a deep public stock market correction, but the impact should be considerably smaller and hence offer better diversification from public markets and within a private equity portfolio.