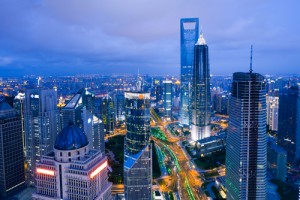 (Reuters) – Private equity firm Boyu Capital, whose partners include former TPG executive Mary Ma and the grandson of former China president Jiang Zemin, is planning to raise its second fund and is seeking $1.5 billion, according to people familiar with the matter.

Boyu will launch the fund in the second half of the year, the people say, continuing its focus on investing into Chinese companies.

In addition to Ma and Alvin Jiang, a so-called princeling thanks to his political ties, Boyu’s other partners are ex-Ping An Insurance executive director, Louis Cheung, and former Providence Equity Partners dealmaker, Sean Tong.

Ma’s long history of dealmaking in China, together with the 50 years of professional experience she shares with Tong and Cheung, allowed Boyu to attract strong investor demand in 2011 and also in its preliminary phase for the second fund, according to people familiar with the matter.

Jiang’s political pedigree is another aspect of the firm that is attracting both money and deals, the people say.

Jiang, 28, has played a key role in at least two Boyu investments, people familiar with the matter say. These include the stake it owns in e-commerce giant, Alibaba Holdings, and its stake in Cinda Asset Management.

“Boyu has shown they can make the connections work,” said one investor in China private equity funds.

The people familiar with the matter say that Jiang, despite his young age, holds the senior title of partner at Boyu. The firm does not list his title on its website and declined to comment when contact by Reuters.

Boyu owns a minority stake in Alibaba, according to company filings. The firm owns a roughly $50 million stake in Cinda Asset Management, according to a person familiar with the matter, though that investment was not publicly announced.

Boyu bought the stake last year as part of a consortium that bought a combined $1.6 billion portion, which valued the company at the time at $10 billion, according to a Reuters report at the time.

Boyu also paid around $100 million in 2011 for a controlling stake in Sunrise Duty Free, a duty free retailer with outlets at Beijing and Shanghai airports, according to people familiar with the matter, who said Jiang’s connections played a key role in that deal.

Boyu has not sold any of its investments in the three companies, according to corporate filings, though Alibaba and Cinda are in the early phases of launching IPOs.

Strong interest in Boyu’s next investment vehicle comes in an otherwise tough fund-raising environment across the private equity industry.

U.S. dollar funds raised for China private equity firms fell 76 percent in 2012 to $4.1 billion, according to the Asia Venture Capital Journal. So far this year, just $1.7 billion has been raised through seven funds, the data shows.

Boyu has received informal commitments to its second fund that already exceeds the $1.5 billion its targeting, people familiar with the matter said.

Photo of Shanghai courtesy of ShutterStock