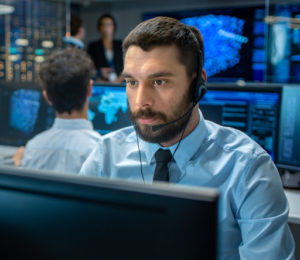 PE groups are smitten by the recurring revenue models of managed-service providers, but the wildly fragmented space cannot match the unprecedented demand.

Managed service providers, or MSPs, typically charge a flat fee to automate workstreams, recover data, conduct backups, move operations to cloud and handle IT support service requests for small-and medium-sized businesses. For a lot of MSPs, monthly recurring revenue or MRR is over 50 percent of total revenue; it’s a pricing model revered by PE managers guaranteeing a steady customer base.

But few MSPs are mature enough to be a PE platform; the vast majority are regional, founder-owned business that have yet to scale.

Most individual MSPs can’t move beyond the $5 million revenue mark, and the ones who do have completed add-ons, said Mark Gartner, head of investment development at ClearLight Partners.

Similarly, under the ownership of Huron Capital, managed-services provider InterVision Systems made six acquisitions. In October, MidOcean Partners snagged a majority stake in the over $15 million EBITDA platform following proprietary discussions between the parties, while Huron maintained a stake.

While few natural platform opportunities of scale exist today, that doesn’t mean firms will look the other way.

“PE firms have gotten much more aggressive simply because there are only so many of these [sizable MSP] assets left,” said Matthew Gladdish, senior associate at Hyde Park Capital, an investment bank set up by former Raymond James executives.

Gladdish has noticed an increase in proprietary deals in the MSP space. Driving that, he said, PE firms are not waiting for banks to bring out these assets, but rather, hunting them down. The MSP space is only going to get tighter in 2021, he said, as sponsors fight for sizable assets.

Much like other industries, deal multiples for MSPs tick higher as platforms get bigger.

The highest revenue generators in this industry are conglomerates like IBM with specialized business units that offer managed IT services as well as partner with other MSPs.

For PE players acquiring MSPs, it’s a buy-and-build strategy all the way.

As of mid-February, 61 MSPs have been bagged by PE firms in over four years, according to data collated by Focus Investment Banking. “On an average each of them has done about three to four add-ons,” said Abe Garver, managing director at Focus, which served as an advisor to five of the 10 MSP platforms established in North America last year, including ICS.

Garver is currently advising a PE-backed MSP generating over $10 million of EBITDA that is seeking a valuation of $140 million (14x EBITDA) or more. The platform is considering investing in a $2.5 million EBITDA tuck-in for achieving a higher exit multiple.

He predicts many PE-backed MSP platforms acquired in the early years – between 2014 and 2017 – will “try to touch $15 million EBITDA through add-ons.”

“The activity comes full circle; platforms [acquired then] are aiming to sell to strategic or a larger PE group,” Garver said, who expects exit multiples for the largest and most mature platforms to command anywhere between 11x to 15x EBITDA.

In recent activity, One Equity Partners-backed CDI earlier this month closed its deal for Kintyre Solutions – its fourth add-on. Kintyre brings cybersecurity to the portfolio; a service increasingly requested by customers of CDI, said Charlie Cole, principal at the firm, alluding to new risks arising from the shift to a virtual work environment.

Private equity firms are acquiring MSPs at a dizzying rate – “it’s a land grab right now,” ClearLight’s Gartner said. As an example, IT ExchangeNet’s revenue doubled last year. “Something clicked in May and we saw a rush of PE firms asking us about MSP and MSSPs,” Mueller said.

Managed security service providers, or MSSPs, specialize in IT security-related tasks and in some cases, develop from an MSP.

“Our email inbox just started blowing up; we asked each other, ‘are you seeing what we are seeing?’” Mueller said.