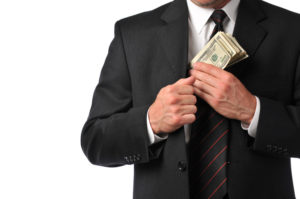 We got a slew of deals for ya — markets are humming along. Any sense that things will slow down any time soon? Considering the Q1 North American fundraising haul was the biggest on record, according to fresh research, it would appear the industry is poised for frenetic activity this year.

All that money will be flowing into a stubbornly expensive market. Despite the slowdown in deal activity last year during the health crisis (which recovered somewhat in the second half), purchase price multiples continued to climb, according to McKinsey & Co’s annual private equity report. The two-year rolling average multiple rose to 12.8x from 11.9x, the report said.

The slowdown may have accounted for the continued resilience in pricing, driven in part by “low deal volumes in the second quarter, when sellers waited for prices to emerge from the trough.” Also, tech valuations helped drive pricing upward with investors willing to pay for higher growth. Last year, tech increased its share of deal volume to 22.7 percent, from 18.5 percent, the report found.

“To put multiple growth over the decade in context, an investor in 2020 paid at least 30 to 40 percent more than would have been necessary a decade ago to acquire the same Ebitda (depending on the reference year),” the report said.

As well, GPs have taken advantage of the dirt-cheap debt markets. As markets recovered last year, leverage climbed above 7x for deals completed in the fourth quarter. Leverage multiples are higher than in any period since the Great Financial Crisis, McKinsey said.

On the block: VC-backed G-CON, which builds cleanrooms to support biotech manufacturing, is for sale and getting interest from private equity, writes Sarah Pringle today. The process recently entered the second round, with Jefferies working as sell-side adviser.

That’s it for me! As always, hit me up with tips n’ gossip, feedback or book recommendations at cwitkowsky@buyoutsinsider.com, or find me on LinkedIn.