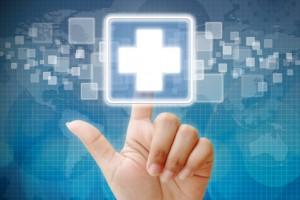 A spate of large healthcare PE deals has announced deal volume in the market racing ahead of last year’s pace, according to data from Thomson Reuters.

CCMP Capital Advisors unveiled yesterday the second largest PE healthcare transaction so far this year when it announced the sale of Medpace to Cinven. The deal is valued at roughly $915 million. CCMP, which invested $200 million equity in Medpace in 2011, stands to make 3x its money, Reuters reported.

These large deals have helped global announced PE-backed health care deal volume nearly triple last year’s first-quarter tally only two months into the year. Globally, there have been 50 PE-backed healthcare transactions announced through Feb. 24, valued at $6.8 billion, according to data from Thomson Reuters. This compares to 118 transactions in all of the first quarter of 2013 totaling $2.3 billion. Add to this that the first quarter is typically slow for deal activity so deal volume may rise further this quarter.

The surge in deal volume marks a reversal from 2013 when PE-backed healthcare totals plunged by as much as 65 percent. Many sources blamed the Affordable Care Act, and those concerns have not entirely abated. “Obamacare makes the numbers less certain for the future of many companies,” a PE exec said. That concern is not shared by all, however: “We still have to provide healthcare,” according to a second PE executive. “Uncertainty breeds paralysis. Now certainty will lead to more transactions.”

Despite the boost in deal volume, the number of deals announced is still off compared to 2013’s pace. (There’s still one month left in Q1.) Healthcare investing remains slow and expensive this year, a third PE exec said. “Valuations are high due to PE multiples (being high) in general,” the source said.

Where will future deals come from? Expect consolidation among healthcare software providers and physician groups, the third PE source said. “The days of the single physician are gone,” the exec said. “It will be tougher for a single practitioner to be in private practice.”

Here are the top 5 global PE-backed healthcare transactions by disclosed deal value announced so far in the first quarter, according to Thomson Reuters.