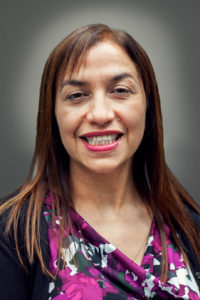 TCV-backed HireVue goes up for sale; Court Square offers LPs the option to commit to fund with subscription line; Caryle latest to switch to C-corp

I’m back, Hubsters. Did anyone miss me? I’m still trying to process the death of Alex Navab. The former KKRexecutive had a history of health issues (he collapsed during a KKR annual meeting in 2013, the New York Post said). There’s not much to say except, Hubsters, go get that annual physical you’ve been putting off. Get that blood pressure checked, cut the carbs, get off that seat and start walking.

Now back to the news. Carlyle Group will be the latest public PE firm to convert to a C-corp, according to Bloomberg. The move is designed to bring in more investors into its stock, the story said.

Several PE executives have complained about how their stocks have lagged in the public markets. The switch to C-corp seems to have solved this problem. Firms including Blackstone, KKR, Apollo Global and Ares Management have all made the switch to C-corp and they’ve all seen their shares jump, the story said. (Blackstone’s stock is up about 50 percent, Bloomberg said).

Hubsters, do you think this strategy is worth the pain of converting? What problems does the move to C-corp bring? Email me at lbeltran@buyoutsinsider.com

Dyal Capital, the leader in buying up minority stakes of PE firms, is planning to offer long-term loans to buyout shops, the Wall Street Journal reported. The loans will be offered to firms that want money to expand but don’t want to sell stakes in their firms, the story said.

Court Square is offering investors in its newest fund the choice to commit to a structure that uses a capital-call facility or one that doesn’t, Chris is reporting. Court Square’s offer aims to address issues some LPs have raised about the wide-spread use of subscription lines of credit, the story said. Find out more about the fund here.

Deals: HireVue, a VC-backed recruitment software company, is up for sale, Milana Vinn is reporting. Goldman Sachs is advising on the sale. Find out how much HireVue could go for here.

SUBSCRIBE to get the Wire in your inbox every morning. It’s free.