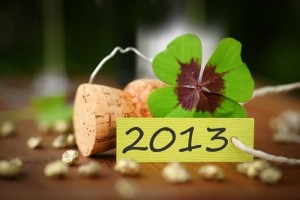 We had slower than expected growth in 2012, yet we grew more than the other contracting markets of China and Europe. The promises and outlook for 2013 during Thomson Reuters’ Buyout Dallas Conference last fall saw close to 50% of the General Partners with a neutral to slightly improving 2013. Not exactly a healthy dose of optimism.

The U.S. will face a number of changes in 2013, from a regulatory standpoint, as well as international and domestic pressures.

More partnerships in 2013 like this will syndicate the corporate debt as long as they keep a portion on their balance-sheet and guarantee first-loss position.

We will also see private equity firms getting more aggressive on corporate debt in 2013. PE is already picking up longer term debt from European banks unloading years of investments in long-term infrastructure and property debt while seeking short-term debt. BlackRock manages $3.7 trillion and recently launched a European infrastructure debt fund to do just this. There is a historical dearth of institutional investor pools with expertise in European mid-market debt which is augmenting the European pain and presenting opportunities private equity can leverage.

Meanwhile, 2013 will be a very big year for the debt market in the US as brand name firms will run even faster across the Atlantic. The US has a mature private placement market, banks only stand for 25% of lending there versus 40% plus in Europe. 2013 will be a great year for the US in the bonds market of mid-market corporate debt as well as debt issued by retail investors.

Corporate debt will be the market opportunity to be in 2013 as banks will need to get corporate debt off their books and most won’t have the resources or economies of scale to service new corporate debt. The global outlook in 2013 for the corporate debt industry are strong.

US will be the only country in the world allowing general solicitation for private offerings under SEC exemption Regulation D, 506 c as stipulated under Title 2 in Jumpstart Our Business Startups Act signed into law by President Obama April 5, 2012. Although it had bi-partisan support at the House and Senate the SEC delay exceeding 270 days from the stipulated 90 days will pass into law no later than Q2, 2013.

This will allow funds and firms with private offerings to use print advertising, email and internet marketing, TV and radio ads to solicit investors. The consequences will be noticed worldwide—if, of course, this portion of the legislation can be successfully enacted. That remains to be seen.

Private equity funds will adjust advertising and generally solicit retail investors. Most PE firms in operation today will, after legal review, mainly adjust their website presence and allow online visitors see language that today would be considered general solicitation. Offerings to invest in their funds could be posted on their sites as 506 c makes law and they would no longer be in SEC violation.

A few leading private equity funds in the U.S. will pursue retail investor solicitation strategies and leverage the 506 c exemption under the SEC to raise capital. Note, Regulation D, 506 is the most common exemption to raise private capital under SEC regulations. To give you the scope of how serious this is consider that in 2010 public offerings raised $200 billion in the US while regulation D, 506 raised $820 billion. In 2011 public offerings and Regulation D, 506 each raised $900+ billion – close to a trillion dollar each.

Non-top tier PE shops will face brand dilution. The private equity and hedge fund landscape will permanently change with struggling first time private equity and hedge funds chasing retail investors via traditional media advertising. The general public and retail investors will be exposed to non-entity brands and traditional fund managers that are incapable of raising capital from institutional investors. We will see the equivalent of ambulance-chasing lawyers of the 80s emerge in the fund world. Expect that lower tier first time fund managers will advertise on TV and via internet to raise retail investor capital.

Top tier brands would not have to reconsider their brand positioning – but the brands with existing retail investors and a retail investor strategy will have to consider protection and discerning their brand in the general publics’ eyes.

Broker dealer communities will be empowered. We spoke at the National Investment Banking Association last spring to the broker dealer community. They have seen their numbers cut in half due to more stringent SEC and FINRA requirements. However, the 506 c regulation will open up a flurry of opportunities the BD community has never seen before. They will be able to generally solicit for funds and firms. Issuers will opt to work with broker dealers as the compliance burden and a subsequent buffer on compliance will be borne by broker dealers. We will see mid-tier and regional broker dealers to be best equipped to financially execute on a 506 c strategy. These mid-tier broker dealers will be small enough to move quickly and have the financial means to grow.

Expect to see an increase in broker dealer M&A in the second half of 2013. Meanwhile, the largest broker dealers will be looking for acquisitions and the firms with the best distribution and foreign supply chain will be targets.

3. US Onramp IPO for Emerging Growth Companies (EGC) under the JOBS Act will increase US public offerings with an additional half a dozen offerings in 2013.

Onramp IPO is part of the JOBS Act as well but this will not influence private equity as much as previously thought. The belief was that firms with less than $1 billion in revenue would be considered EGC and enjoy a five-year onramp period to become fully reporting firms and Sarbanes-Oxley Act (SOX) compliant firms; thus reducing the compliance costs associated with going public. Firms going public have little to do with costs but more to do with an exit strategy and although we will see a few more firms choosing to go public in the US than on other exchanges, I feel the market conditions are more an influence than the Onramp IPO.

The most significant influence by the Onramp IPO will be that private firms can file their profit and loss and balance sheets confidentially with the SEC. Firms have previously opted to do reverse mergers versus a public offering to avoid showing their books to competitors in scenarios where market conditions would prevent them to raise the needed capital. We should see half a dozen more public offerings in 2013 that will use this reasoning under Onramp IPO.

4. A comprehensive immigration bill will fuel VCs and emerging managers at PE funds.

President Obama wants to see a comprehensive new immigration bill and discussions will commence at the end of January. The competing immigration bills in 2011 and 2012 will lead to increased LP capital access from areas we did not expect. 100s of VCs are backing several immigration proposals such as:

Currently 12-14% Congressmen are backing these bills and this will be the hot topic after the fiscal cliff talks subsides and President Obama is inaugurated in January for his new term.

The compelling argument is that out of 50,000 U.S. graduate school and PhD graduates annually, 17,000 return back to their homeland because no appropriate visa option exists for them to stay in the U.S. to run a startup or take on engineering jobs. We are technically teaching and training them in the U.S. and then kicking brain capital abroad that end up competing with U.S. firms. The thought process is that we should not reject brain capital due to antiquated immigration programs but encourage high performing graduate and post-graduate students to stay in the U.S. and help spur job and innovation creation here.

The immigration programs are decades old and must include revisions to be up to par with reality. Forty percent of Fortune 500 U.S. firms were started by immigrants or immigrants’ children. At it’s peak these firms stood for $52 Billion in annual revenue.

Interestingly enough, the proposals do not necessarily increase the visas offered but rather distribute existing visa allotments differently. For instance, we have 55,000 green card lottery annually in place. Allocate some of these visas towards foreign entrepreneurs and graduate students wanting to stay in the US.

The StartUp Visa 2.0 will fuel capital to VC and emerging PE funds as it stipulates that if $250,000 with at least $100,000 is invested from U.S. investors, which will allow foreign entrepreneurs a temporary visa to run startups in the U.S. Foreign students with wealthy families would be able to acquire green cards under this program named EB6 for far less money than the laborious $1 million investment that the EB5 program requires today.

This will add capital to the decimated VC community and also allow new emerging PE managers to offer green cards to LPs, their kids, foreign companies looking to expand to the U.S. as well as to domestic startups with foreign founders.

We will watch Senate and the House conversations on how this emerges and I predict this will be a bi-partisan 2013 comprehensive immigration bill that will not only create more jobs and keep brain capital in the U.S. but also increase a momentum of retail investors and foreign institutional investors investing in emerging managers in private equity.

5. We are entering the Golden Age in American energy

The U.S. will become energy independent and become the world’s largest oil producer by surpassing Saudi Arabia by 2020 according to the International Energy Agency. It is possible the US may produce as much energy to break even on its own energy consumption by 2035. There is an explosion in oil and gas discoveries in Bakken and vast American shale oil and gas deposits where as we cannot drill fast enough. Energy opportunities are being created through technologies of electromagnetic methods, horizontal drilling and hydraulic fracturing. We will also see the energy mapping of the world change and 2013 will continue to show a growing private equity involvement in this socioeconomic remapping of energy resource reliance. In December we saw gas prices below $4 in all 50 U.S. states for the first time in 2012.

We will also see increased private equity activity in 2013 in the middle market M&A deals as corporate buyers will see pressure on M&A deals under $500M as LBO shops look to deploy dry powder. Funds must be spent or the capital will be returned to the investors and no fees will be generated by the GPs. The private equity market under $500M M&A deals have risen from 40% of capital to 50% in 2012. We will see this significantly hit 51%+ in 2013.

Yes, 2013 will certainly be better than 2012 for private equity in my opinion. We have seen unemployment steadily reduced from 8.2% in June to 7.7% in November while the average hourly earnings inched up from $23.50 to $23.63 during the same time frame.