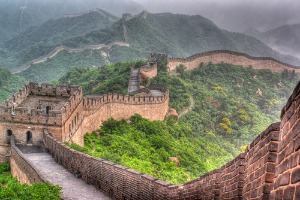 (Reuters) – When U.S. private equity firm Carlyle Group sold its stake in a Chinese chemicals maker to a rival producer last week, the deal underscored how funds are increasingly moving away from their traditional exit route of listing mainland assets in stock markets.

Historically, IPOs had been the dominant exit strategy for buyout funds investing in China, where a booming market for new issues previously enabled funds in some cases to gain more than 30 times the amount invested.

But with slowing capital markets making it tough to launch IPOs, and new regulations making it easier for foreign industrial and consumer companies to buy into their Chinese counterparts, private equity is accelerating the use of a generally less lucrative approach.

“When exits through IPOs become so difficult, private equity investors would naturally be under pressure to seek alternative exit channels, such as through trade sales,” said Poddy Feng, analyst at ChinaVenture, a Beijing-based private equity consultancy group.

Carlyle last week struck its second deal with an industrial company in China in less than three months, setting the U.S. buyout fund on course for a 1 billion yuan ($157.1 million) profit.

It agreed to sell its 40 percent stake in Jiangsu Sinorgchem Technology Co Ltd to Sinochem International Corp for about 1.9 billion yuan, according to Reuters calculations. Carlyle had bought the stake for 947 million yuan in 2008, according to Shanghai Securities News.

China’s IPO juggernaut has come to a virtual halt, after the benchmark stock index tumbled 22 percent last year, while overseas listings have been hampered by negative sentiment towards Chinese firms due to a series of accounting scandals.

Last year, IPO exits by private equity firms in China fell nearly 20 percent to 171, according to consultancy Zero2IPO. Average IPO returns on investments also slid to 4.48 times in the first quarter of 2012, from 33 times a year earlier.

A key driver for companies to strike deals is the need to consolidate China’s fragmented industries, where top players often take less than five to 10 percent market share, according to Frank Tang, managing partner at private equity fund Fountainvest Partners.

“I think there’s going to be industry consolidation going forward, and companies can either consolidate or be consolidated,” said Tang.

Lunar Capital, which has completed two majority stakes investments in China so far this year, was recently working on plans for three exits from its portfolio of nine companies. Of these, two were likely to be through M&A, Derek Sulger, a partner at the private equity fund said.

“You have good businesses with a good degree of profitability and good transparency that are providing some sort of core necessity, and there are increasingly going to be buyers for those businesses,” he added.

Foreign buyers will pay top dollar for good assets, particularly if they offer a niche asset in a growth sector.

Last year, Baring exited its investment in Hsu Fu Chi when Nestle acquired 60 percent of the snacks firm for $1.7 billion, while Bain sold stakes in Hipro Polymers and Casda Biomaterials to leading French chemical producer Arkema, in a deal valuing the two firms at $365 million.

Affinity and Unitas Capital sold Beijing Leader & Harvest to French engineer Schneider Electric S.A. for $650 million. The funds had acquired the Chinese company for around $200 million in 2009.

(By Samuel Shen and Stephen Aldred; editing by Denny Thomas and Muralikumar Anantharaman)