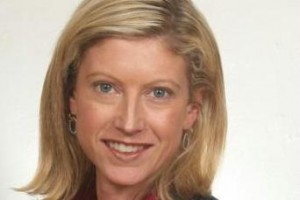 Corporations have led the way in addressing environmental, social and governance issues. Yet the private equity community is catching up, often driven by their investors such as public pension plans, Lauren Koopman, a director in the sustainable business solutions team at the global accounting firm PricewaterhouseCoopers LLP, told sister magazine Buyouts.

“The work we do is to help capture the value of ESG,” Koopman said, citing a survey published by PwC in March that found 94 percent of private equity respondents saying they will be increasing their focus on responsible investment activities in the next five years.

For now, only a small percentage of North American buyout firms have adopted formal corporate social responsibility policies. International venture firms are furthest along on corporate responsibility issues, according to a Thomson Reuters report. (Buyouts subscribers can see that chart here.)

European pension funds were the first to raise questions about their GPs’ “responsible investment” strategies, Koopman said. As a result, PwC has had a team in Europe for 15 years dedicated to such issues, but only in the last six years did the firm dedicate a staff in the United States; that team now numbers 80 domestically, she said.

Ironically, one of the key early influences in the movement was the deal for TXU Corp., the Texas utility now known as Energy Future Holdings. Sponsors including Kohlberg Kravis Roberts & Co., TPG Capital and GS Capital Partners LP promised to work with environmental groups in order to win approval of history’s largest buyout. That $45 billion deal is now unraveling as Energy Future talks with creditors about a prepackaged Chapter 11.

Although Koopman said she could not comment on specific companies, she said that deal symbolized a change in the attitudes of buyout executives toward sustainability. “That was a very positive outcome of that story.”

PwC is working with four of the five largest buyout shops and multiple mid-tier firms, she said, although she would not identify clients by name. Energy-related issues are often the easiest way for firms to quantify the results from investing in sustainability. “Some of the pushback was, ‘We already do a lot around operational efficiency. That’s what we do,’” she said. “It took some work to show them the incremental value, the incremental cost savings, the incremental EBITDA.”

Buyout firms can quickly find benefits by involving operations personnel at portfolio companies, she said. “They know what’s going to work and what’s not going to work, and they can collaborate with their peers.”

Clarification: This story was clarified to make clear that Koopman did not comment specifically on the TXU buyout deal.