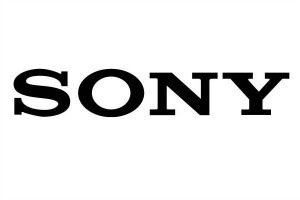 (Reuters) – Sony/ATV, the music publishing division of Sony Music, has kicked off an auction to sell the rights to more than 30,000 songs from artists ranging from Culture Club to Iggy Pop contained in the Virgin Music and Famous U.K. song catalogs, according to sources with direct knowledge of the process.

The signing of non-disclosure agreements is typically required at the start of an auction process as a condition of receiving books with detailed financial data about the company being auctioned.

While a first-round bid deadline has not yet been set, the sources said they expect a deal to be valued at around $150 million.

The sale of the Virgin Music and Famous U.K. catalogs were among the concessions required by regulators in order for Sony/ATV to receive approval for its $2.2 billion acquisition of EMI Music Publishing. John Branca, a partner at law firm Ziffren Brittenham who has represented Michael Jackson, Aerosmith, The Rolling Stones, and others, is running the auction on behalf of Sony/ATV.

Combined, the two catalogs control the rights to more than 30,000 songs, the bulk of which are from artists who rose to prominence during the 1980s and 1990s. Included in the catalogs are rights to songs from the Culture Club, Lenny Kravitz, Goo-Goo Dolls, Iggy Pop, Tears for Fears, Fine Young Cannibals, and many others.

Music publishing catalogs can range in size from a few dozen songs to a few million. For instance, Round Hill on Tuesday acquired Arthouse Entertainment, which controlled the rights to just 150 songs from artists including Katy Perry and Cee Lo Green. By contrast, Sony/ATV, which is a joint venture of Sony Music and the estate of Michael Jackson, ranks as the record industry’s largest music publishing house with the rights to more than 2 million songs.

While record labels have struggled with declining CDs sales as a result of piracy and a shift to digital distribution, music publishing companies have gained in value because they collect revenue every time a song is played in any format since they control the underlying rights to the composition.

All of the major record labels – Universal Music Group, Warner Music Group, and Sony Music – have publishing divisions, and a slew of independent companies such as Spirit Music Group and Primary Wave Music have cropped up in recent years to acquire the rights to song catalogs.