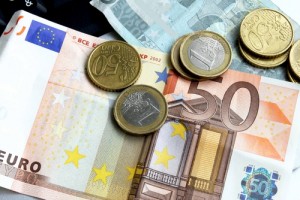 LONDON, Oct 17 (Reuters) – Buyout firms are scouring Europe for under-performing companies they previously shunned in search of profits that could help improve returns for their investors.

Pressure to boost returns means these private equity groups are prepared to look at potential buyouts that require more homework and are higher risk and more complex.

This has already led to a rash of new deals, which unlike the recent pattern, involve companies not already in private equity hands. There is the prospect of more to come as big European firms look to trim their sprawling businesses and family enterprises consider whether to cash in.

“Our teams in France, Spain and across Europe expect good deals coming from corporate sellers, in particular. That is where we are spending our time looking,” said a Europe-based private equity executive.

The private equity sector has had a lean time since the financial crisis because the flow of cash from banks that helped finance billion dollar corporate deals virtually dried up. Buyout firms typically buy underperforming companies to shake them up to sell or float them at a profit.

Since the crisis, they have relied on doing deals between themselves, passing on companies they own to other private equity houses in what are called secondary buyouts.

But this has contributed to relatively meagre returns for wealthy investors who put money into the industry’s buyout funds and pay millions of euros in management fees.

In 2011 and the first nine months of 2012, the largest buyouts involved firms buying companies from each other in auctions run by investment banks that corporate buyers avoided and investors in public markets did not want. These included Swedish alarms group Securitas Direct and German bandages maker BSN Medical.

Deals between private equity firms account for 41 percent of all buyouts in 2012, according to data firm Preqin. That figure has been constant since it jumped from 26 percent in 2007.

But the proportion is possibly now much higher — as much as 70-80 percent of mid-sized and large deals, according to one banker who advises private equity firms.

A difficult climate for stock market flotations has also contributed to the predominance of secondary buyouts.

It’s a source of concern to investors, who were promised returns of more than 20 percent a year, but instead have seen a string of low-risk deals for high prices – and flagging returns from their private equity portfolios.

“No firm can go out and tell investors it is going to fill a whole fund with (secondary buyouts). They need some new deals,” the banker said.

Private equity firms are paying less now for companies than before the financial crisis, with deals done at 8.1 times earnings in 2012, compared with 9.8 times in 2007.

But fierce competition in auctions means they haven’t fallen as far as the industry hoped. The most attractive companies still command double-digit valuation price tags.

This is driving some firms to hunt out cheaper companies away from auction processes, where multiple bidders push up prices. Instead these private equity buyers can be the first to make cost cuts, improve efficiency and open new markets – and potentially boost returns for investors.

And other deals are in the pipeline, with Carlyle pursuing defence group Chemring and Advent International launching bids for German retailer Douglas and Dutch pharmacy chain Mediq, while Advent and Mid-Europa are in the midst of a rare takeover spat for Polish supermarket Eko Holding.

These deals are more complex, showing how private equity firms have to work harder to overcome multiple hurdles. In Britain, for example, takeover rules make it harder to take companies private. The uncertain economic outlook may make businesses hoard cash and stick with non-core divisions rather than sell. Entrepreneurs may be wary of selling out too cheaply, private equity professionals and bankers said.

“There is a very big universe of private equity firms and low deal numbers so they need to find new ways to make returns work,” said Tommy Erdei, managing director in the healthcare investment banking group at Jefferies, which advised Cinven on its acquisition of Amdipharm.

“PE firms are showing more caution and are drilling down in their due diligence, but when they find something they like, they are even more focused on getting the deal done.”