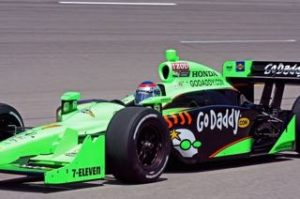 After four years, the private equity firms that acquired GoDaddy Inc stand to double their money when the Web hosting company goes public.

GoDaddy is expected to price its IPO on March 31, two sources said. The IPO will likely trade the next day, one of the persons said.

None of the investors plans to sell shares in the IPO. Parsons, KKR and Silver Lake each holds about 36 million shares of the company (or 84 percent combined), while TCV holds 16.1 million shares (12.5 percent).

Last week, GoDaddy set the terms for its its offering. It is selling 22 million shares of Class A stock at a range of $17 to $19 a share, a regulatory filing said. The The underwriters are Morgan Stanley, J.P. Morgan and Citigroup. (They have to right to buy an additional 3.3 million shares via the over-allotment option.)

GoDaddy will trade on the New York Stock Exchange under the ticker “GDDY.” The company will have 60.8 million Class A shares and 90.4 million Class B shares outstanding. At $18, the mid-point of its IPO range, GoDaddy will have a $2.7 billion market cap. (Class B shares do not have an economic interest, but have voting power.) The company tried to go public in 2006 but pulled the deal, citing market conditions.

Scottsdale, Ariz.-based GoDaddy provides domain name registration, Web hosting and on-demand Internet services. The company had 12.7 million customers in 2014. Revenue last year was $1.4 billion, up from $1.1 billion in 2013. Losses narrowed to $143.3 million in 2014, the filing said. GoDaddy plans to use proceeds from the IPO to reduce its debt to $1.1 billion from $1.4 billion as of Dec. 31.

The company appears to have paid out only one dividend. In 2014, GoDaddy issued a $350 million distribution to its owners.

The investment has not proved to be a boon for the PE owners and Parsons. Including paper gains, KKR, Silver Lake, TCV and Parsons stand to double their money once GoDaddy goes public. “The PE firms are concerned about liquidity and are willing to use a decent but no longer hot IPO market to get it,” said a banker who asked not to be named.

Here are the projected returns for the investors if they liquidate their holdings at $18 per share. (All of these shareholders are subject to lock-up agreements that prevent them from selling any shares until after 180 days following the offering.)