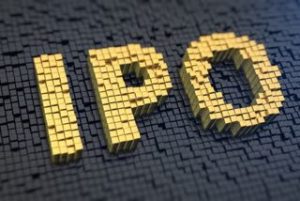 Private equity made a strong showing in the IPO market during the past two years, according to a study from law firm Proskauer Rose LLP.

Proskauer analyzed 119 IPOs from 2014 to compile its second annual “IPO Study.” Nearly half, or 47 percent, were sponsored-backed, the study said. The year before, more than 40 percent, or 57, of the 136 IPOs Proskauer looked at were owned by private equity.

“This is the first time in a while that we’ve seen two strong years in a row,” said Frank Lopez, a Proskauer partner and co-head of the global capital markets group

There were 275 U.S. IPOs in 2014 that raised $85.3 billion in proceeds, Proskauer said. The law firm eliminated smaller IPOs to compile its study; companies needed $50 million or more in gross proceeds to be considered.

Buyout shops, from 2001 to 2012, typically sold their investments when they wanted to exit, Lopez said. That changed when IPO deal volume returned in 2013, Lopez said. Firms began using new issues to sell their deals.

Still, IPOs have slowed down this year. Lopez attributed the drop partially to falling oil prices. Energy, he said, was a meaningful part of the IPO sector last year. “There won’t be IPOs in that sector in the near future,” he said.

One of the more surprising results in 2014 was the popularity of the Jumpstart Our Business Startups (JOBS) Act. The JOBS Act became effective in April 2012 and created a new class of issuers, Emerging Growth Companies or EGCs. The law gave EGCs, which typically have less than $1 billion of gross revenue, flexibility when pursuing IPOs.

The Proskauer study found that two-thirds, or 77 percent, of the IPOs last year came from EGCs. Lopez pointed to one of the law’s major benefits –the ability to file confidentially –which spurred more IPOs from EGCs.

The JOBS Act lets EGCs go through 90 percent of the SEC process confidentially before they have to file publicly. “Issuers can be thoughtful and opportunistic about publicly filing and launching an IPO,” he said.

Lopez said he remembers when the JOBS Act came out in 2012. Many in the capital markets sector were skeptical whether the industry would be receptive to the law’s flexibilities, he said. “That’s not been the case,” Lopez said. “Companies are taking advantage of it…Now we’re even seeing a huge incidence of foreign companies coming to the U.S. that we haven’t seen for many years.”