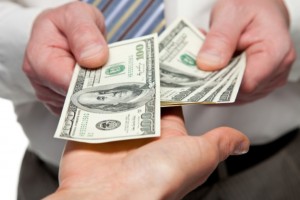 Total compensation (salary, bonus and carried interest) for partner-level executives at private equity and venture firms increased 16% between 2012 and 2013; up 24% for non-partner level employees and up 16% for all employees. That’s according to the just-published 2013-2014 Holt-MM&K-Thomson Reuters North American PE/VC Compensation Report.

The compensation increases are in part a reflection of the improved fundraising environment. Fundraising is a crucial component in determining compensation, according to the report, and it’s been growing for both US buyout funds and venture capital funds. Improved deal -making and exits also helped boost compensation, the report said.

“The boom in fundraising that generates management fees, and deal-making that generates deal fees, fueled a rapid rise in salary and bonus compensation for both partner and non-partner investment professionals at LBO/growth equity firms from 2012 to 2013,” according to the report.

The improved environment also leads firms to increase hiring, the report said. More than one-third of LBO/growth equity firms planned to add non-partner investment professionals in 2013, up from 29 percent that did it in 2012.

Fees: The compensation report, which includes responses from more than 100 organizations, also outlines trends around fees and human resources within the private equity and venture capital industry.

Despite LPs clamoring for lower fees, buyout firms for the most part still charge between 1.5% and 2% of committed capital during investment periods, while venture firms charge between 2% and 2.5%, the report said.

However, “other” charges like transaction fees and monitoring/advisory fees that used to go to GPs are now mostly going to LPs. The trend now is about 80% to the LP and 20% to the GP, according to the report.

Most venture capital firms still pay the full cost of medical and dental insurance benefits for employees and their dependents. Buyout firms, however, have been starting to charge for dependents, the report said.

The survey also reveals various types of compensation offered at firms. For example, 82% of respondents offer a carried interest plan for partners, while 17% have a co-investment plan. About 76% of LBO firms and 80% of venture firms reported having an annual bonus or incentive plan for partners, while 94% of LBO firms and 82% of VC firms offer bonuses to non-partners.

The report contains a vast trove of detail about firms’ practices. For more information contact Greg Winterton at 646-223-6787 or email greg.winterton@thomsonreuters.com.