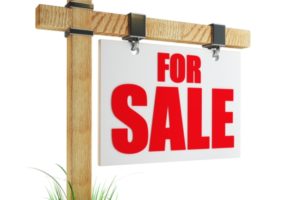 Forbes Media may count Elevation Partners as a current investor, but the publisher will likely not attract any private equity interest this time around, four banking and private equity sources said.

New York-based Forbes is up for sale and has hired Deutsche Bank to advise on the process, according to a memo from CEO Mike Perlis to employees. Bloomberg News, which first reported on the auction, said Forbes expects to sell for at least $400 million.

Two private equity executives said PE firms would likely pass on Forbes. “Their valuation expectations would preclude PE given the multiple of cash flow,” one of the PE sources said.

A second PE source pointed to Forbes Media’s financial problems. The sale to Elevation burdened the company with debt that it struggled to pay off, a Fortune story from 2011 said. The Forbes deal hasn’t generated the ROI Elevation had predicted, Fortune said. The investment came from Elevation’s debut fund, which collected $1.9 billion in 2004. The pool is generating a net IRR of 8.41% as of March 31, according to backer Washington State Investment Board.

However, a separate source said that it is unfair to say that Elevation hasn’t done well on the deal since Forbes has yet to be sold. Once it is, Elevation’s return will likely be better than previously speculated, the person said.

A third PE exec said it would be unlikely that Forbes Media will go for $400 million. “[Magazine publishing] is highly compromised.”

Instead of PE, it is more probable that a strategic buyer will step in like Thomson Reuters or S&P Cap IQ, sources said. All the sources pointed to Bloomberg’s success in buying Businessweek in 2009. Thomson Reuters is the publisher of peHUB. S&P Cap IQ is a unit of McGraw-Hill, which sold Businessweek. “I don’t think McGraw-Hill wants to get back into magazines again,” a banker said.

Forbes also could be purchased by a billionaire looking to make a splash, the sources said. Jeff Bezos, the founder and CEO of Amazon.com, recently bought The Washington Post for $250 million.

Warren Buffett’s Berkshire Hathaway, which has acquired newspapers, including Omaha World-Herald, could bid for Forbes. Joe Mansueto, the founder and CEO of Morningstar, has invested in Inc. and Fast Company, and could also be interested, the sources said.