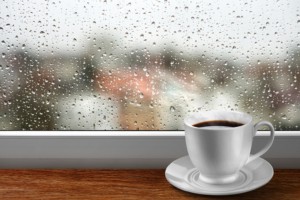 As Nigeria works to convince the developed world of the growth potential of its economy, president Goodluck Jonathan and his administration continue to hold the country back, most recently by the slow, bizarre response to the kidnapping by militants of more than 200 schoolgirls.

First Read is a huge fan of the old Godzilla movies. As it turns out, Japanese fans are skeptical of the upcoming Hollywood version, believing the only true Godzilla was that of the 1950s — a figure of pathos played by an actor in a rubber suit.

Apple is reportedly closing in on buying Beats Electronics for $3.2 billion. Carlyle Group invested $500 million in the company last fall. Buzzfeed believes the acquisition would be more about Apple bringing on Jimmy Iovine, co-founder of Beats along with Dr. Dre, in an unspecified creative role.

Just for fun, here is a list of nine of the world’s most expensive headphones. If you’ve never heard your favorite song through a pair of premium headphones, First Read suggests you give it a test run.

Box’s deal with GE could help get its IPO back on track.

The Winklevoss twins have chosen to list their publicly traded bitcoin fund, Winklevoss Bitcoin Trust, on the Nasdaq. The fund is intended to provide a way for all investors to bet on the future price of bitcoin.

The FBI is investigating the Bundy Ranch showdown, including armed supporters of the rancher who defied federal government’s demands that he stop using public land for his livestock.

Square turned dollars into data and now it’ll turn that data into gold.

The $35 billion merger of Publicis and Omnicom, which would have created an advertising giant, has collapsed, with the French company Publicis accusing the American side of trying to seize control of the merged entity.

Connecticut General Assembly has formed a committee to work on creating a state-wide public IRA plan open to all private sector workers.

What’s really behind the desire to raise carry taxes?