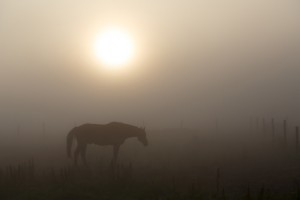 There’s another Ebola outbreak in Africa, but this time doctors have an experimental drug that has shown promise in animal testing. So far about 540, or 61 percent of those infected, have been killed.

Summer reading: Here’s Marc Andreessen’s reading list for July (oh the magic of Twitter). Interesting he has a library of paper books, as we had him pegged for a digital reader kind of guy. First Read just got a book called All the Presidents’ Bankers for some summer reading pleasure.

Sex workers are the entrepreneurs in Silicon Valley no one talks about — until recently when Alix Tichelman was accused by police of allegedly leaving a Google executive to die on his yacht after a heroin overdose.

The IRS Scandal: A federal judge has ordered the IRS to explain — under oath — exactly how it lost emails connected to Lois Lerner, the former official at the center of the Tea Party-targeting scandal. The more that comes out about this scandal, the crazier it gets. Another IRS official was recently suspended for directing people who called an IRS ‘help line’ to re-elect President Obama in 2012.

Five people are suing the federal government after they found themselves targeted by federal authorities for innocuous activities.

New research shows median EBITDA multiples rose to 11.5x in the first half of 2014, nearly two times higher than at the last peak in 2008.

The New York Times explores the ‘baffling contradiction’ in U.S. economic data in which the first quarter showed economic weakness while employers hired more people than in any quarter in the last six years.