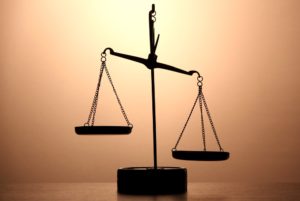 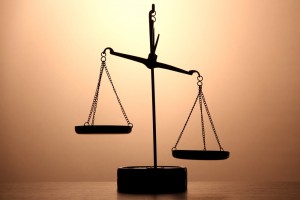 Often when we conduct these reader surveys at peHUB, we get runaway results, often (as I have frequently suspected) because the common background of our readers in the alternative investing arena leads them to share common views of issues in the news.

In as close a result as I have seen, 50 percent of the respondents in our outlook on the private equity collusion lawsuit predicted that the defendant buyout firms will take this antitrust suit all the way to trial, and they will prevail. At the same time, however, nearly as many, roughly 42 percent, believe that the remaining defendants in the case will decide eventually to settle.

A scant 8 percent predicted that the firms will go to trial and then lose. Reading between the lines, this does confirm my view of this community, that y’all are sufficiently confident of your analytical skills to avoid an outcome that would represent a really bad risk-adjusted return.

As a reminder, Thomas H. Lee Partners won dismissal from the case late in August, as the judge concluded there was insufficient evidence that the firm participated in an overarching conspiracy not to poach one another’s deals. Seven other big buyout shops remain as parties to the case, which focuses on eight deals totaling over $100 billion where public shareholders believe they may have gotten less than their best payoffs because of the firms’ unwillingness to enter into competitive bidding wars. The lawsuit dates from 2007, toward the end of the mega-buyout boom that marked the middle of the last decade.

Here is a chart showing our survey results: 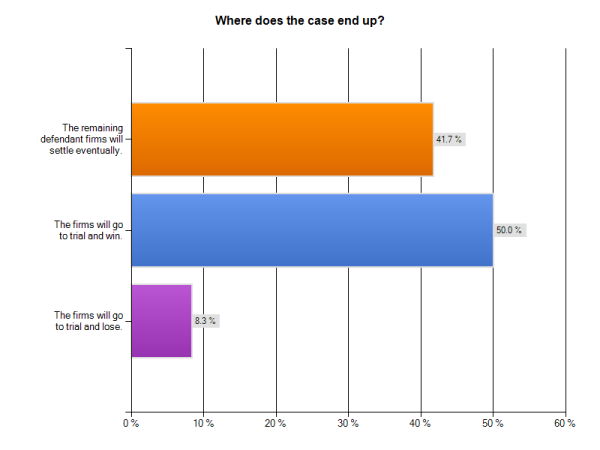