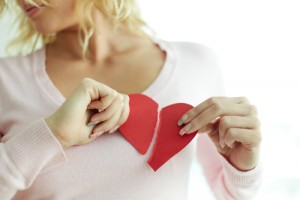 It’s not you, it’s me. The love affair between social media and venture capital is over. So, don’t call or text, just go already. It’s over. Actually, this is no surprise given our coverage over the past year regarding a host of enterprise deals and the surge in the enterprise IPO.

Using their tech savvy for good instead of evil. The 9 Most Generous Tech Entrepreneurs.

Here are four ways to blow a pitch, according to Boris Wertz.

Today is Y Combinator’s Demo Day at the Computer History Museum in Mountain View, Calif. Are you there? What do you think? I understand that Joe Montana is in the house, as is former Golden State Warriors guard Baron Davis, who has Hollywood aspirations. You can catch some of the celebrity and startup goings on via a lot of insightful tweets using the #YCdemoday hashtag.

“The Butler” cleaned up at the box office over the weekend.

Speaking of movies, I saw “Jobs” on Sunday. Here’s what happened to the first 10 employees at Apple. In addition, here’s one take on who got slighted in the movie.

BTW, Don Valentine gets a reference in the “Jobs” movie, and I’m sure I was the only one in the sparsely attended theater in Dublin, Calif., to know who he is. The flick focuses on Mike Markkula and his involvement/investment, as well as Arthur Rock, who was cast as the evil villain to our hero Steve Jobs. I’m sure it was all accurate. But IMHO a fuller account of the venture guys during those early tech days in Silicon Valley can be found in Something Ventured.

With all the chatter last week about Elon Musk and the hyperloop idea, we almost missed what his SpaceX company did recently, which was to shoot a reusable rocket into the air, make it go sideways and then land back on it’s launchpad. Watch the video.