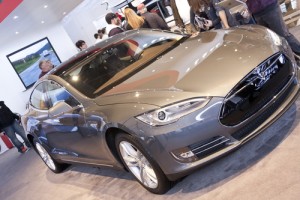 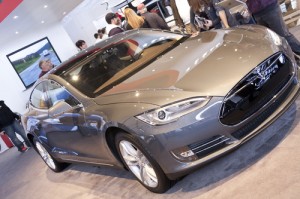 And now for the big news of the day: Tesla’s new Model S outsells models from other luxury brands in California during the first half of the year, including Porsche, Volvo, Jaguar and Land Rover. Okay, so I got a little carried away with the importance of the news.

This revelation casts a bigger shadow. The German magazine Der Spiegel added to the controversy swirling around the National Security Agency’s online and telephone spying program by reporting that the NSA secretly monitored the United Nation’s internal video conferencing system after decrypting it last year.

A little farther from home, Google found its search domain for Palestine hijacked – or hacked, depending on your definition. The domain (http://google.ps/) appears to have been redirected to a non-Google-controlled server.

Meanwhile, Google is taking a heavy hand with its new Chromecast streaming video add-on for TVs. Over the weekend, Google let it be known that open doesn’t mean wide open when it blocked an app from developer Koushik Dutta that would have linked the system to phones.

In the interesting, but perhaps not that significant category, Intellectual Ventures is said to be building a lobbying team in Washington as government efforts emerge to crack down on patent trolls.

On Wall Street, stocks closed lower on concerns about Syria’s apparent use of chemical weapons. Secretary of State John Kerry said President Obama was consulting with allies to decide how to respond.

Also on the street, Amgen made news Sunday with its planned $10.4 billion purchase of Onyx Pharmaceuticals to push deeper into the market for cancer drugs.