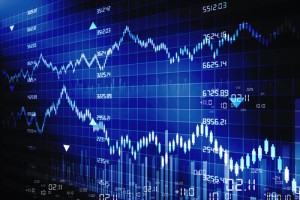 Welcome to the mid August summer doldrums, when the news flow slows down and the financial world slips out of the office for a badly needed vacation, including Wall Street traders. Light stock market volume is usually the result and this week was no exception: it ended with major markets in the U.S. retrenching for their worst week since June.

Talking about Wall Street, one stock to see an up day was BlackBerry, where a report surfaced that the company is open to going private.

Thinking less like a businessman and more like a site purveyor, Facebook’s Mark Zuckerberg has been holding up the social networking site’s push into video advertising for fear of annoying members, according to a report from The Wall Street Journal.

Also cautious, AOL appears ready to close or dispose of 400 of its 900 Patch community and local-news Websites and replace the unit’s head. Layoffs will accompany the change, according to news reports.

Restructuring was a theme in Washington as well, where President Obama announced reforms to the NSA’s surveillance programs that are designed to give collection activities more transparency and bring changes to the FISA court system.

Meanwhile, details emerged that Tumblr had only $17 million of cash at the time of Yahoo’s purchase. Equally alarming is that $751 million of the purchase price remains on the Yahoo books as goodwill.

Not alarmed, Samsung stepped in to buy German OLED developer Novaled for about $374 million.

However, by late in the day, a report emerged that Apple’s board is beginning to have concerns about the pace of innovation at the company. Oh, my!